What? Boring old asteroids? Again?? Surely too many question marks?
Yep, once again, the galaxy is overrun with rocks and somebody must smash 'em smithereens. Asteroids and other rocks come in all shapes and sizes so, along with the standard variety there are also others: Popcorn rocks which bloat before eventually freezing. Red rocks that leave behind crystals to conveniently recharge your shield.

However, we're not alone! Beware of aliens who frequently rear their ugly heads and should be killed quickly to reveal a range of nifty power-ups - such as a double shot or the impressive Ripstar. Let the fun begin!! 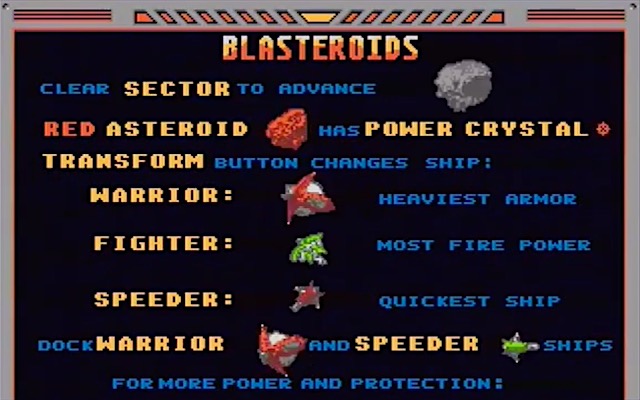 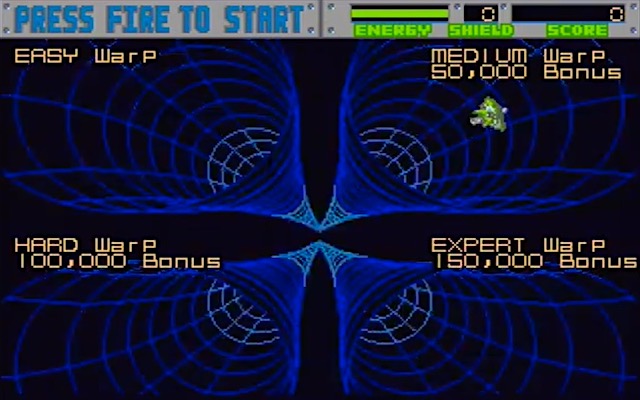 Who ya gonna be and how tough are ya? Come on, be brave and don't wimp out on me now!!

Blasteroids is split into segments and each is split into smaller sectors which must be completed before reaching a gruesome End Of Level Boss - the monstrous Mukor!! Your ship is equipped with upgradeable weapons, a powerful shield, the ability to transform itself and once all the rocks are pounded into dust a transporter appears to whisk you off to the next sector - to do it all over again. Come on, don't be disappointed - it is Asteroids after all.

Once all sectors are cleared you will finally get to lock horns with Mukor, a festering evil entity who fires miniature spaceships using his tentacles - so shoot each of those suckers first. Then you can watch him scarper like the fatty bloated coward he is. I actually enjoyed our battles which are fun without being impossibly tough! 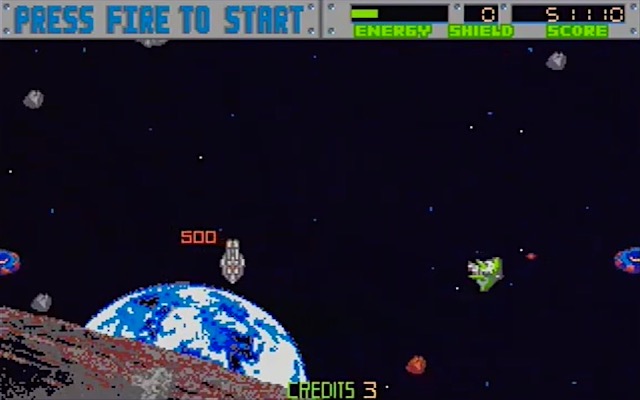 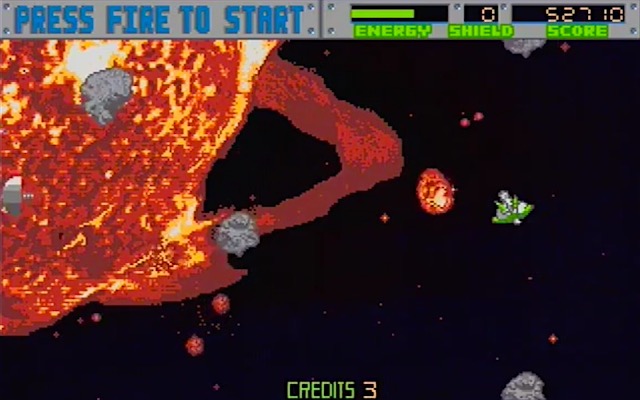 Asteroids, with flashy backgrounds and colourful pixels? You cynic!!

Controls are excellent and responsive: rotate the ship using left or right, push up to thrust, and keep slamming on that fire button to shoot anything rocky. Gravity and momentum play their parts to affect performance but don't worry because your shield will help to compensate for any poor piloting skills!! Not that I have any...ahem...

Pulling back on the joystick will transform your ship between three different models: the Speeder is agile, Fighter has the best weaponry, and Warrior is a burly beast. Friends can jump in on the action - at any time - with impressive co-operative two-player support. Just like in the arcades - what a superb feature!!! 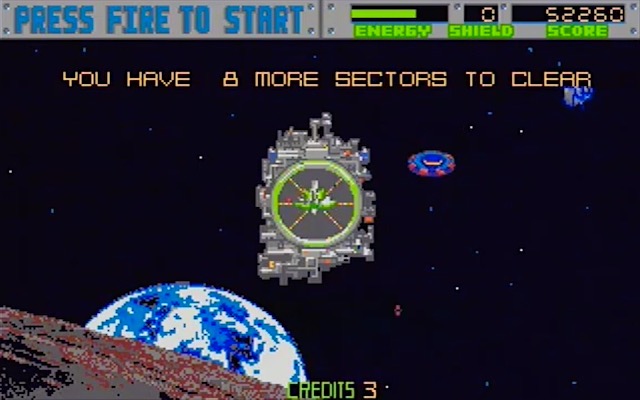 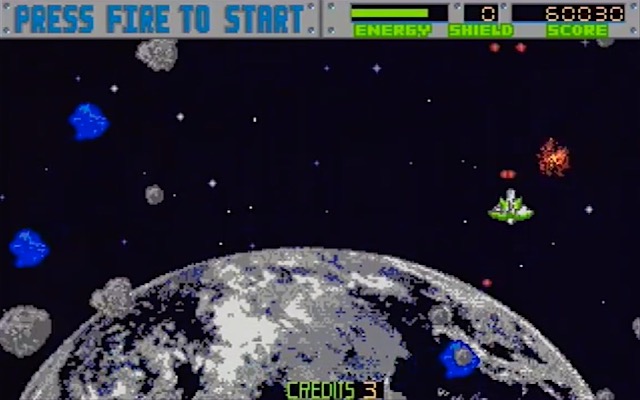 The gravitational effect between sectors is superb and then it's more rock-blasting again!

Graphics are cool - for what used to be a visually stark experience - I love the nicely animated rocks rolling through space. The enemy ships are gorgeous and other sprites are large, detailed and smooth. Oddly, the backgrounds are 4-colours but you would never notice due to their design and artistic flair, which I admire.

Sadly, the audio disappoints with lame bleep-bleep sound effects instead of samples, which would have been ideal and easily handled for a game like this. Music is also a touchy subject and soon becomes extremely repetitive. Thankfully, it can be switched off but that only highlights those inadequate sound effects... catch-22. 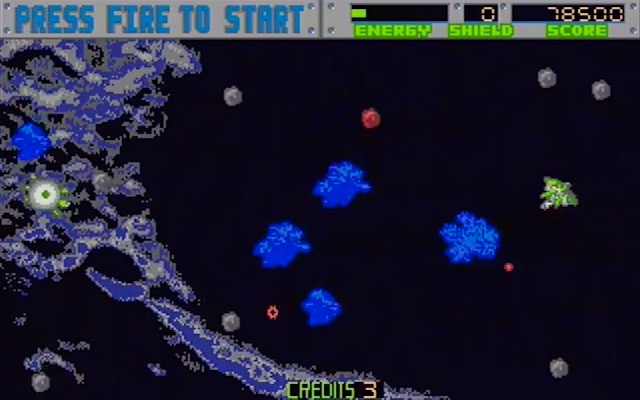 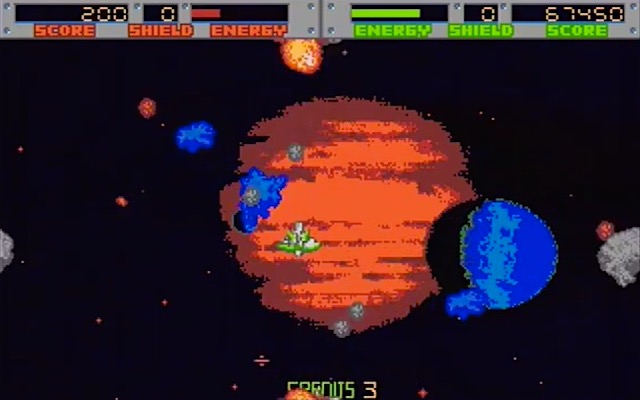 This is a good conversion albeit with a few niggles that spoil an otherwise great rock-smashing experience. Asteroid purists probably won't like it but keep an open mind because this is tons of fun. However, I fear Stardust is still my favourite with Blasteroids and Asteroidia tied for a respectable second place. Great game this.


Blasteroids can be installed to hard drive or ran from floppy 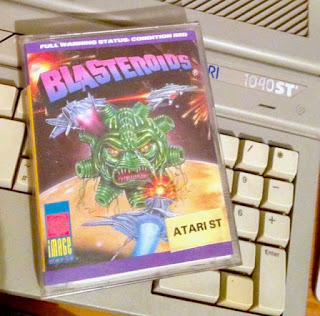