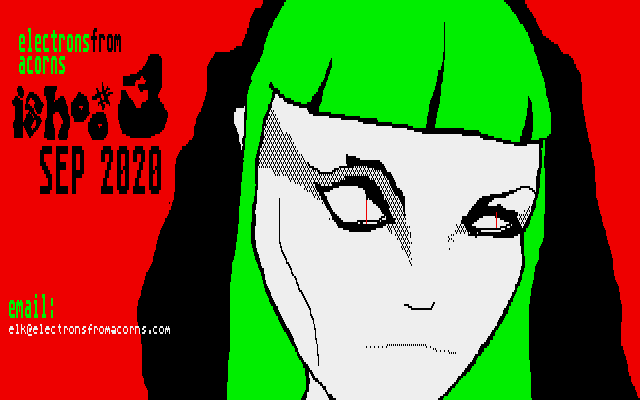 My old mate Stuart, aka the Elk of STatariART, is working on a new diskmag which he's developed using GFA Basic. We're already at issue three which features a nifty user interface, a silly letter (that you shouldn't read) and lots of superb medium-resolution artwork (I'm looking forward to more pics in the future).

Content is low, but steadily increasing now that the groundwork for the magazine structure is improving. He hopes to release a disk monthly, which is ambitious, to say the least, with a plan to recreate that community vibe from the 90s. So, you're invited to contribute whatever you like and have your say. Come on and get involved. :-)
EFA issue #3 can be downloaded from over on the Demozoo website and I invite you all to check it out sometime over the weekend. Here are a few sneaky screenshots to tease you into clicking on that download link. Oh, I also asked Stuart why he's even making an Atari ST diskmag in the 21st century, here's what he had to say...

Hey Steve! First, can I say thank you to the Crypt for picking up my new diskmag thing - I appreciate it cos I know how busy things are down in the fiery depths of the undead Atariverse! Here's a bit of background about me and how I arrived at the idea of doing this diskmag thing for the ST.

My name is Stuart Johns but I go by 'the elk'; my passion thereby being Public Domain, specifically creating artwork and music to contribute to the PD scene. I started out in computing back in 1983 when my folks bought an Acorn Electron and it got me hooked into the 8-bit world. Come the late '80s and we upgraded to a C64, but I soon replaced this with a Miggy and it was on that machine that I began to fiddle around in Deluxe Paint and ProTracker.

After these beginnings in the '80s and '90s amongst Acorns and Commodores, it wasn't actually until 2016 that I got my first ST machine! When I was younger, a musician friend of mine had an ST and I had always been intrigued by them. The chance to get one at a good price came up and I grabbed it. I immediately fell in love with it; not just the aesthetic but the way it worked and of course the MIDI side of things.... and Degas Elite... I mean what can I say? True Love!

It's always been important to me that people use the stuff I am creating as a truly public domain resource - I encourage people to reuse it and change it themselves without any credit to my original work. But I am always trying to find new ways of getting the art out there. The EFA diskmag idea was borne and the Atari ST seemed like the perfect way to springboard this. I wish I had got an ST back in the day instead of the miggy, but it's all good... it just means I have a lot of catching up to do!

That brings me onto the EFA diskmag as it stands. It's up to issue 3 (that being released on September 5th, 2020) and I am coding it in GFA Basic on my STe. The first two issues were extremely bare-bones, but with issue 3 I see a bit of an evolution - sub-menus, structure, cleaner coding for displaying pictures and even displaying text files within the mag itself - with a good deal of help from folks over at the Atari-Forum.com (what is probably simple coding to most folks lol).

So I see issue 3 as a foundation issue. I admit that content is thin, but I feel there is a structure to move forward with and hopefully, people will email their letters, thoughts and pictures (PI2 format please). I will hopefully be doing some interviews and such as time goes on and also looking at the ST itself as a vehicle for PD art and music. Everything starts from something, right? 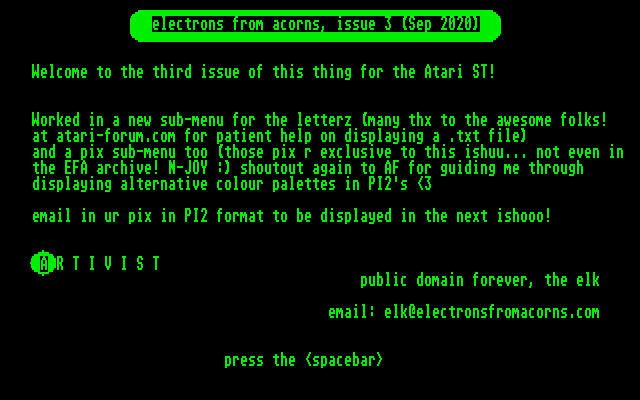 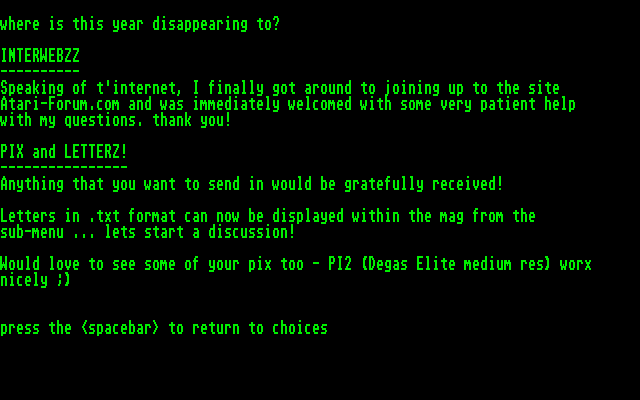 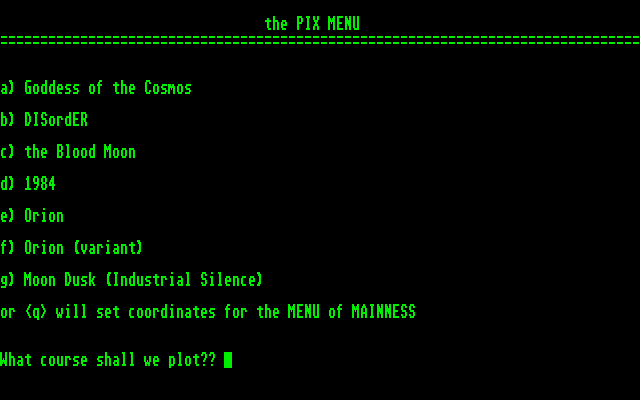 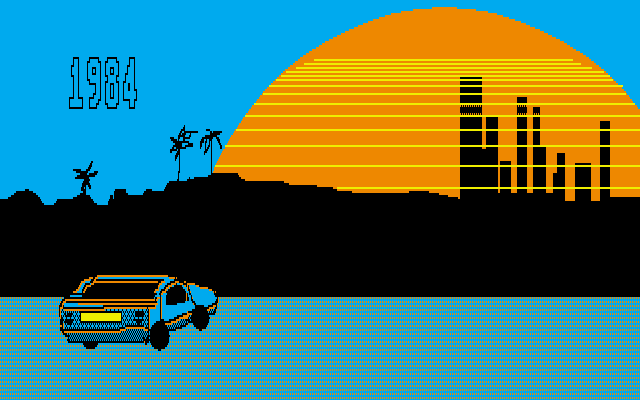 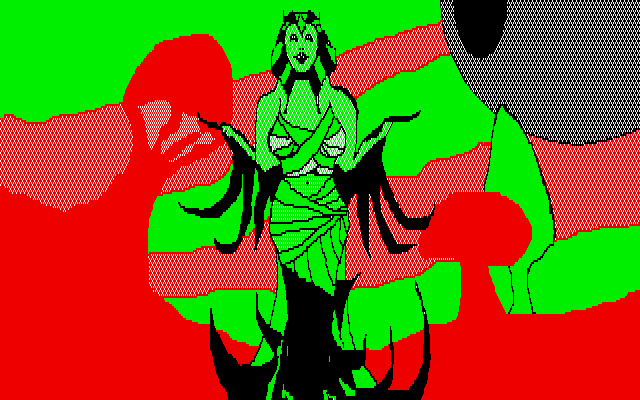