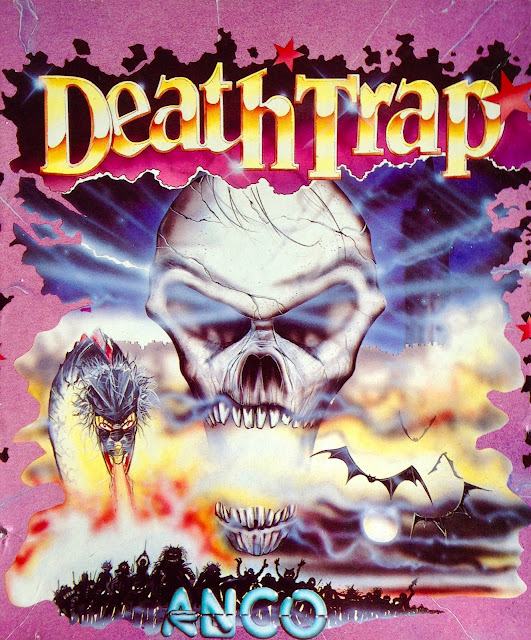 Anco's Death Trap was released in 1990 and reminds me of a variety of platformers, like Horror Zombies From The Crypt with a hint of Prince Of Persia and Ricky Dangerous. The gruesome cover is nothing short of tremendous so definitely deserves its place in the AtariCrypt BoxArt hall of fame. Also known as my personal collection!

We begin our adventure in a labyrinth of horror and encounter traps, like falling blocks, poisonous chests, spikes and much more. Each map is incredible but it's easy to lose your bearing so I doodled myself a basic route which helped a bunch. Puzzles are simple, like flipping a switch to unlock a door but this might mean backtracking and sometimes you're even required to walk the long way around, which isn't easy when under constant attack. 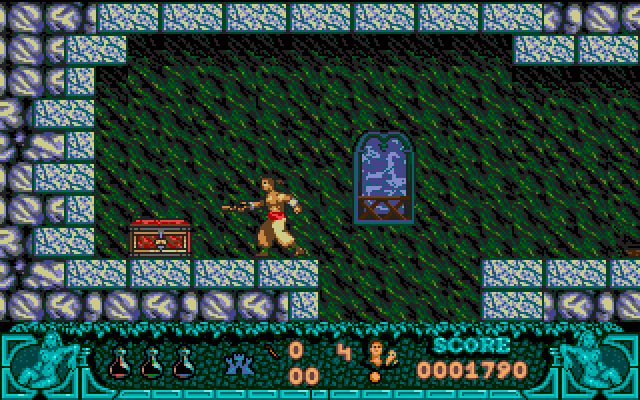 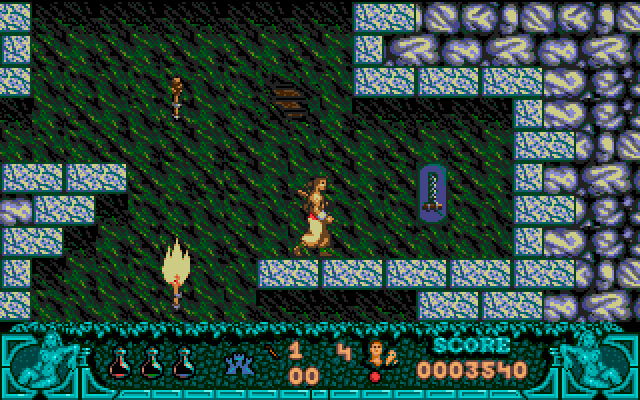 Yes, evil creatures inhabit this place and can annoyingly appear at the most inconvenient times. Watch out for ghosts who materialise from out of thin air, jumping frogs, bats that swoop in and drop rocks, Egyptian wizards, and many others. I must say, I love the stripy grabbing-hands before the culprit appears to chases you!!

We're armed with a pathetic blade but this can be upgraded by collecting potions - I love the fireball that grants the ability to kill something before it gets close. These potions can be used to conjure spells, recover health, etc.

Controls are responsive and keep up with the demands of our adventurer. The tighter jumps can be a little difficult because you need to tiptoe right to the very end of a platform's edge, which is difficult when being constantly chased by creatures! Oddly, your direction cannot be altered during the jump, which can be a little awkward. 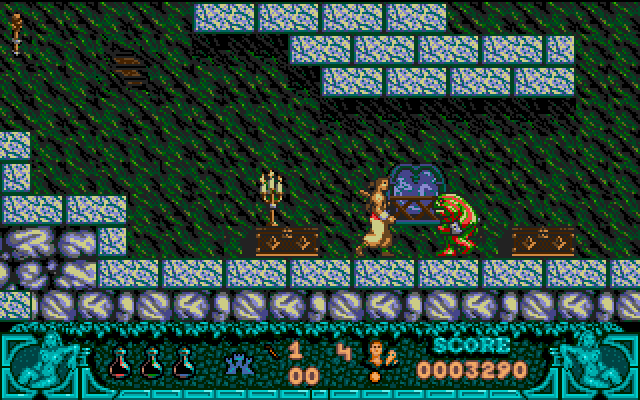 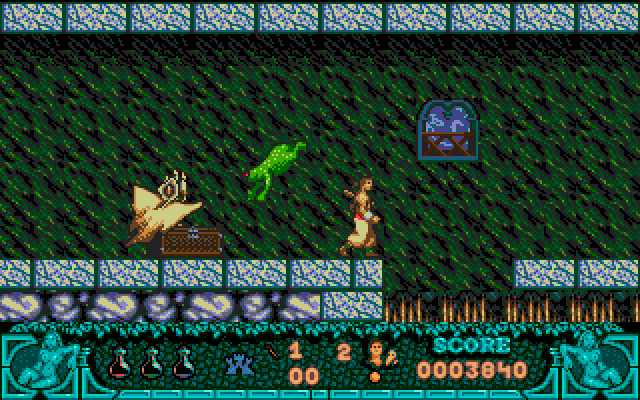 Technically speaking, this spooky adventure impressed me with agile scrolling, beautifully animated sprites, great controls and sampled sound effects (I missed a background chiptune). However, Death Trap is simply far too hard in the long run and I soon got wiery of the enemy's constant onslaught which is frustratingly so unfair.

And that is this great game's only real failing for me. It's far too difficult and that is a huge shame - who beta tested it? Well, I suppose you could use a trainer but surely that's not right? [Don't Call Me Shirley!!]

- Back when AtariCrypt was just a baby I recorded this gameplay video.
- Stonish has a great floppy disk and the hard disk version is available thanks to 8BitChip.
- If doodling ain't your thing then Hall of Light has every level mapped.

Email ThisBlogThis!Share to TwitterShare to FacebookShare to Pinterest
Labels: 1990, BoxArt