Finally, there is light at the end of my Super Pack tunnel and the penultimate game is a beast of a shoot 'em up. Released in 1988 by Melbourne House, the mighty XENON was my first experience of what the Bitmap Brothers were capable of. A team who (for me) was the Atari ST equivalent of Ultimate Play The Game, high praise indeed from this fan. Few titles, but each pushed our machine and oozed a level of class beyond words.

I can still remember loading up Xenon for the first time. Once the graphics appeared, I was so impressed - when compared to my 8-Bit experiences. However, my jaw didn't drop to the floor like a weighty anvil until that music kicked in just as the visuals raced down my TV screen. What a simple yet brilliant intro to its opening level. 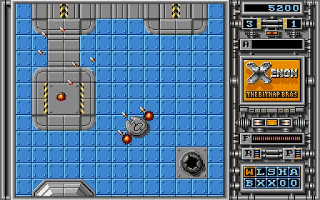 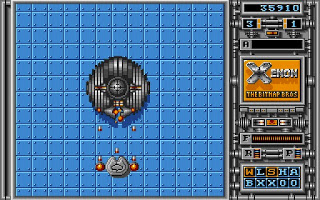 The first level is iconic. It looks great. Sounds great. Plays great. Then you meet the boss...

However, I always wondered why the pilot zooms over the entire level - because I've only gotta travel back up through the baddie-infested lands? Gee-whiz, thanks! Well, I should shut up and stop being silly because it's fantastic to watch and the digitized recording of Erich Matthews saying "Sector One" is pure gold. Iconic even!!

We start in our little tank which is fast and manoeuvrable, but it's not long until you realise that you can't hit anything up high. Waggle that joystick (or hit spacebar) to transform into a jet aircraft!! This is ace but, unlike the tank, cannot hit those critters crawling the floor... So, once again, get waggling to morph back into the tank. This method of flipping between the two vehicles is genius and can be done anytime during normal play one level 1/3. 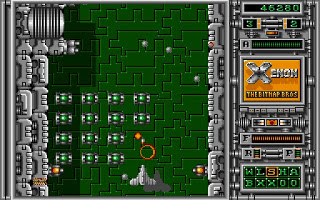 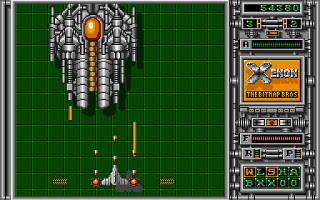 The second level proves just how cruel and sadistic those Bitmap Brothers truly are!!

Initially, Xenon's gameplay is neither fast nor furious - yet I still panic when something weird is chasing after me and my little tank! The first level isn't really that difficult and you get to see a small selection of the whacky baddies that the game was hiding up its sleeves. Heck, we even have ladybirds! Of course, there are more traditional defences that need blowing up, like the aeroplanes and ground-based missile silos. So flipping between your two attack vessels now begins to prove fruitful for both points and those super-sexy bonuses.

A status panel along the right side of your screen shows a range of different stats including your score, altitude and fuels but there are also power-up letters which might be available after blasting something to smithereens. And Xenon has a great selection too. (Except for the balls that follow behind you - I hate those). Sure, they can be stacked but I've never really understood the point compared to having two fixed onto the body... Anyhow, the power-ups offer a wide variety of features to refuel, increased shot length and more. But here are the cool ones I like:


Of course, there's always an end-of-level guardian and Xenon is no different. In fact, the Sentinels also appear half-way through each level. That's right, eight times you're against it and they can only be killed by carefully aligning your weapon against their weakest point. It's now that you die only to reload with a trainer enabled...

However, if you manage to win, then you're allowed to play the remainder before another battle at the end. Beating him for that second time zaps you off to the next level to fight against a massive array of different foes. And it's tough so I doubt you'll last very long - and that's the main issue I have against Xenon. It's just too hard after level one. How many ST players have seen the later levels without resorting to a cheat? I thought so... 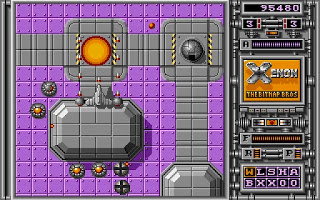 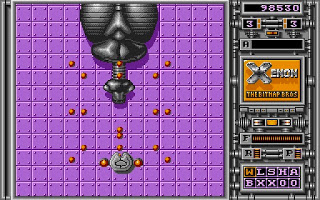 Don't adjust your monitor... Yep, level three sure does look familiar albeit in pink. Ugh!

Visually, and for the most part, this game is a babe. Level one has a stunning metallic charm which I absolutely love. Heck, it even looks outstanding to today's spoilt brats! Each stage looks great but I admit to not being a fan of the fourth level - I think it looks rather odd. Kinda like an Amstrad game... I know, weird right?

Sprites are stunning, even those peculiar pink brain things on level 4! Scrolling is nice and smooth, perfect for the gameplay. Overall, Xenon epitomises that mind-blowing late 80s era when we upgraded from older machines like the Sinclair ZX Spectrum or Commodore 64 to the glorious 16-Bit world of the Atari ST. Yes, it's a babe!


Dave Whittaker has produced everything booming out of your ST mono speaker and what you hear is every bit as mind-blowing as those gorgeous visuals. Sound effects are a blast, even if they do mute a channel to play!

However, having said that, it's the music which is just ... timeless. Level one has possibly one of the best and most brilliant chiptunes ever? So turn up the volume because the YM2149 is about to rock your house!! 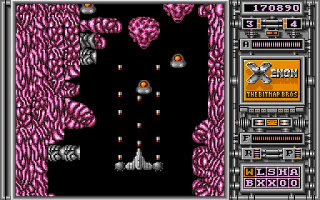 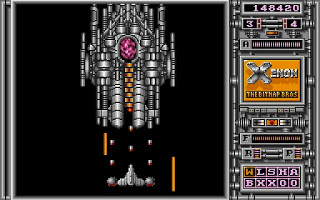 Level four is insane and there are enough enemies to strike down an Asgard mothership!!

Hands down, this is one of the best 16-Bit shooters. Sure, the bosses are annoying and later levels are insane with way over-the-top difficulty but I absolutely love this game and it's something I'm very proud to own.

Hang on, shouldn't I be whining and moaning about that difficulty? Yet, I'm not. Why? Easy, this is blummin' fantastic and I've been hooked for 30+ years!! In spite of itself, Xenon is just awesome and very addictive. I love it!!


Download the floppy disk or a spanky hard drive version to battle the Xenites! 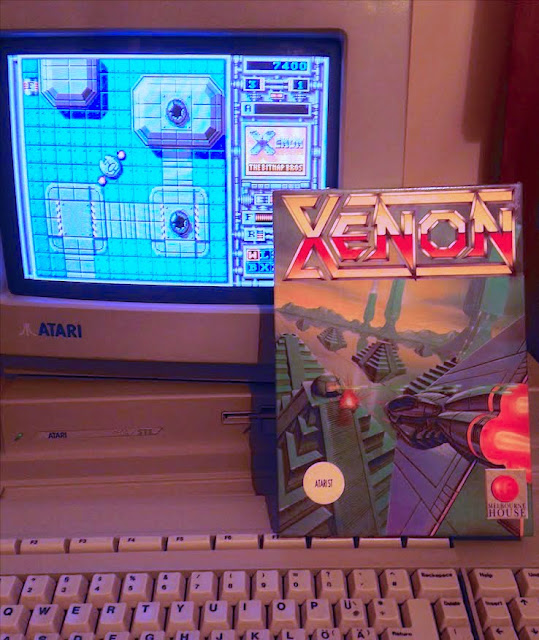 Begin drooling because I really do own this ace Atari ST game!! Oh yeah!!