If there was one racer I adored on my old Atari ST, it was Lotus Esprit Turbo Challenge. The semi-realistic physics helped to make it utterly addictive without ever crossing over into boring old simulator land. It has such amazing graphics, almost an arcade-like quality, with fun gameplay that was both exciting and challenging.

Lotus 2 offers more of the same excitement but is quite different from the original in a number of ways. Firstly, we aren't racing a set number of laps around a typical circuit as there are checkpoints to reach during a road trip across the lush American continent in our flashy car! Also, don't drool, but the entire screen is now used! 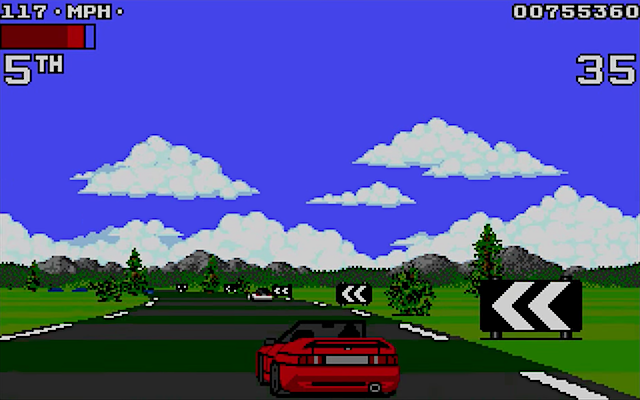 Vroom!! The roads are absolutely superb to provide a thrilling challenge!

This isn't just a racer but more a road trip. Yes, it's almost like an adventure across the States with the various locations. Also, the environments can change depending on the conditions as we have the weather to endure which adds an element of pseudo-realism. Even if the other drivers fail to use their headlights at night!!

I also think they captured the feeling of speed incredibly well - it's almost Vroom standards with extreme velocities. Strangely, our car appears to be running on fairy dust because there is never a need to refuel your Esprit or Elan. Which is good, who needs that kinda realism? These differences certainly help Lotus II leap away from the original and into a whole new driving experience whilst still remaining familiar to the original. 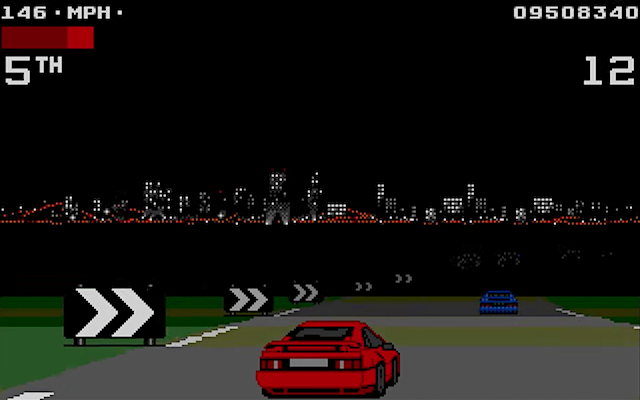 Come on, it's nighttime and nobody is using their lights. What's all that about?

Lotus II is incredible and one of the best racers on the Atari ST. For me, it perfectly combines elements of a good race with the feeling of a Bullrun and road trip combined - so we get to see the world in this speedster.

Overall, this is not only one of the best 16-bit racers ever released but is also definitely one of my personal favourites too. I simply cannot stress enough how much I recommend Lotus II. It's just as enjoyable as the magnificent original so zooms in high on my Top 10 list of Atari ST drivers. Download right now - you won't regret it!!


Downloads for either floppy or hard disk!!

Email ThisBlogThis!Share to TwitterShare to FacebookShare to Pinterest
Labels: 1991, Racers