Of course, this is the Atari ST conversion but I've also recorded the ZX Spectrum game too :)

Today, I thought that I would descend deeper into the realms of retro gaming with an old great that I've not played since I was 14 years old, Starquake by BubbleBus / Mandarin Software. Like most people, I did not own an expensive Atari ST in 1985 and was instead using a ZX Spectrum. Yup, I've not played Starquake since the mid-80s!

You're a BLOB (BioLogically Operated Being) which has crash-landed on a planet and it's your job to save it before it implodes! Each screen is filled with cutesy (yet annoying) baddies that can zap away your energy or kill you outright. Thankfully you have a weapon but they are relentless with their swarm-like attacks. Curiously, you have no jump ability but instead, can build temporary platforms that help you reach those higher places which is cool.

Also dotted about the map are hover-pads which you can make good use of. Starquake is such a big game and one which will instantly appeal whilst you somehow get yourself completely lost as you wander from screen to screen. There are tasks to complete, like collecting objects and computer codes, which is a lot harder than it sounds. Oddly, you cannot collect items when using a hover pad... so be prepared to think! 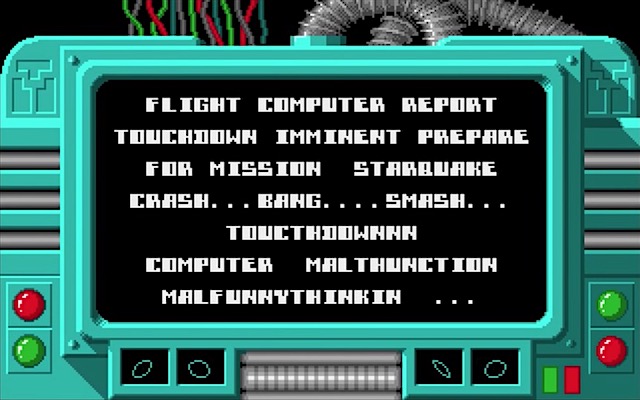 The intro is short but not without good humour before the craziness begins!

Visually, fans of the 8-bit original will adore the updated Atari ST version which looks the same but tarted up nicely with gorgeous 16-bit colours and lots more detail. Wow, I wish the old Speccy game looked this good back in the mid-80s. I mean, come on, check out those sprites - this must be one of the cutest games ever made!

Audio is superb with fantastic music by none other than Jason C. Brooke. I could listen to this all day long! All in-game effects are pretty neat but I'm going to shock myself here and say that the ZX Spectrum game is actually better. How can this be? It's true as I miss the zappy, buzzy feel which this ST game is lacking...

Overall, I found our Atari ST version to be a little harder than the original Speccy game which took me some time to master. It's definitely a brilliant conversion of the 8-bit classic and an excellent game in its own right and offers a massive, long-term challenge. Yup, I highly recommend this oldskool Christmas cracker!!

Download Starquake via Old Games Finder.
Here is a map of the Speccy game! 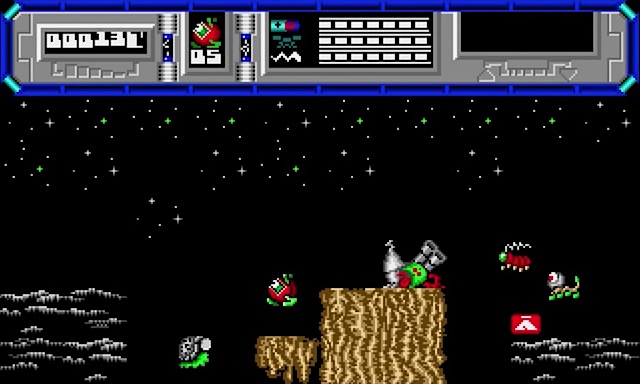 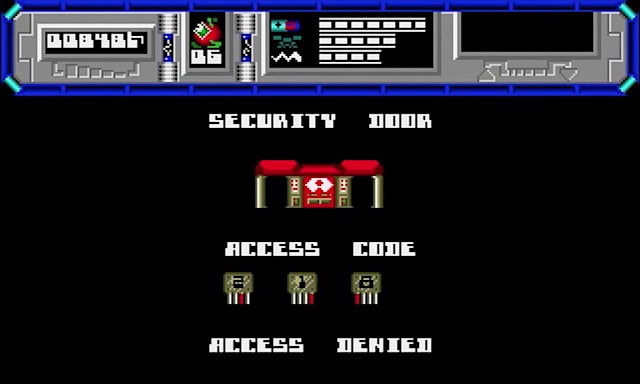 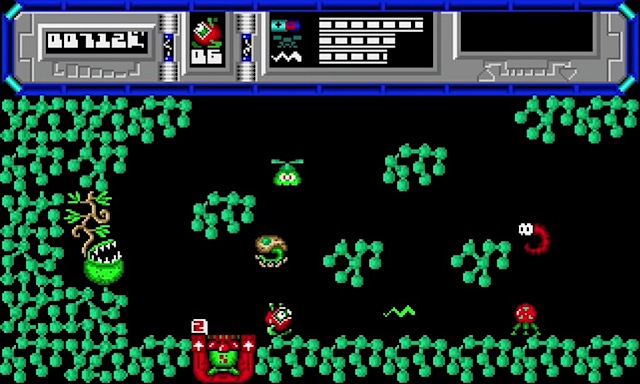