Hunter was developed by Paul Holmes for Activision in 1991 and many consider this to be one of the first open-world/sandbox 3D productions. Now, that's pretty big news when you think about it and is also relevant to today's gamer who might assume there was nothing before the likes of GTA or Battlefield. As if...

Gameplay takes place within a huge three-dimensional world where you are essentially a James Bond with objectives and various missions. These are all far-reaching and the key to success is strategic exploration, communication, and common sense. For example, don't drive off without remembering a spare jerrycan and why not look for a medkit? You never know... It's always a good idea to stock up on extra ammo and use a map. 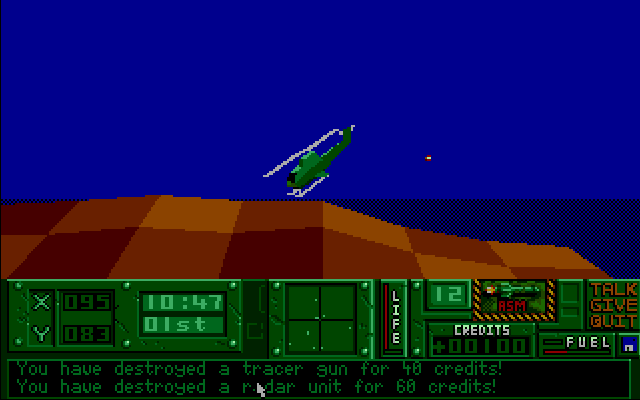 I knew this was gonna be good and it wasn't long before I was Howling Mad Murdock!!

I often boot up Hunter 'just' to drive around its fascinating world - to explore and blow stuff up! Life can be boring, so why not create a little mayhem and have yourself some fun? Actually, this freedom is the best aspect of Hunter because the player is completely free to roam, go anywhere they choose and do anything.

Incredible is the word. So why not ride a wonky-looking bike or go for a walk and enjoy the fresh air and watch the birds fly? The hippie in you might wanna go for a swim with the fish? Or maybe chase cute rabbits? But why would you do any of this when you can instead drive an army jeep, steer a speedboat or pilot a helicopter? Heck, you can even hop into a tank and blow stuff up, like somebody's house!! Yes, let's be a psychopath. Why not? lol 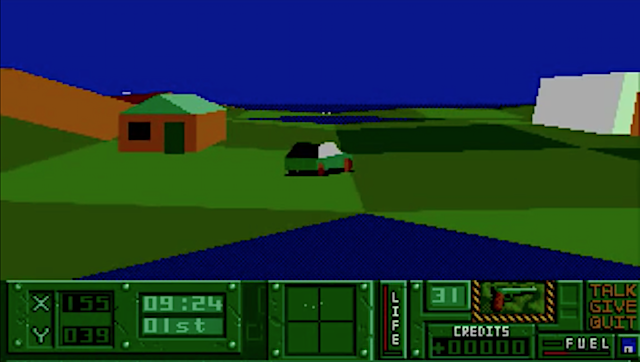 There's nothing quite like this game - jump into a jeep and be a mud muppet for a day?

Visually, Hunter's world is fantastic thanks to a concise design by both Paul and Christian Roux who have your Atari ST moving fast and fluent. The 3D itself looks great with some amazing vehicles, buildings and chequered landscapes. Faster computers will benefit a bundle - it's something else playing on my Mega STe!

Sonically, we have sampled music playing on the title screen. Everyone knows I prefer chip but I quite enjoyed this! In-game sound effects are pretty good with some funky effects that are hilariously silly, like the birds. 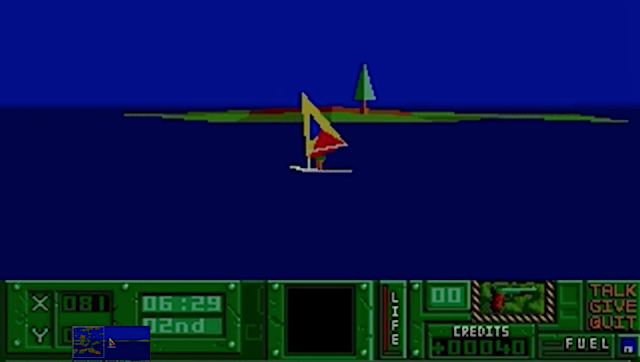 ...or sail in the winds on the open oceans. It's up to you what you wanna do!!

In some respects, this is years ahead of its time and comparisons have been made to games like GTA and Battlefield 1942. Even when played properly (yeah I should do that more!) this is an immersive and engrossing experience with taxing missions that require a tactical and explorational approach. They're hard but always enjoyable.

Thankfully, the emphasis is on your freedom! This extends into how you choose to complete each mission - without a linear path. That, I find utterly exciting and enthralling, to say the least. Hunter is extraordinary and I guarantee its one of the best 16-bit games you can play. I promise it doesn't get better than this - a perfect 10/10.

Email ThisBlogThis!Share to TwitterShare to FacebookShare to Pinterest
Labels: 1991, Adventure/RPG