Another World was released by Delphine Software back in 1991 and I feel this 16-bit legend is groundbreaking and something everyone will fondly remember? Gameplay feels like a cross between Prince Of Persia with dollops of Dragon's Lair thrown in, which isn't something this old retro gamer would normally be too eager about. However, this beauty is going straight into our Pixel Art section thanks to the stunning visuals created by Eric Chahi.

Our adventure begins with a nice intro that nicely explains how our unfortunate hero, Lester Chaykin, managed to find himself in such a strange world. Okay, we're not talking Race Drivin' standards (and the elevator scene is boring) but it's definitely worth watching. I also like the sound effects which are a lot clearer using an Atari STe. Nice! 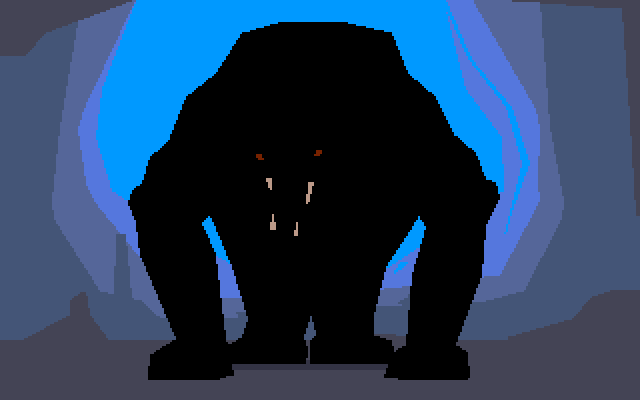 You know you're in for a great adventure the moment this beast appears!! 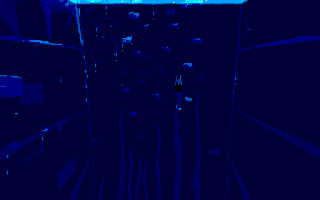 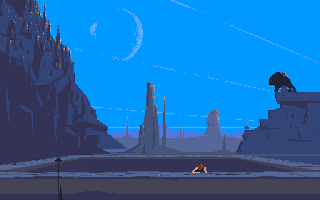 We start in deep waters so be quick before something reaches up! Hang on, what's that in the background?

There's no denying that Eric has created incredibly beautiful backgrounds for each and every area. Their abstract artistry is outstanding using a bleak, futuristic style which produces such an eerie environment. Characters are made using chunky polygons which are superbly animated. Just watch Lester run and jump his way through but he's a gullible chap so I dare you not to smile when he holds up his hand at the end of the first stage. Love it!!

It's attention to detail like this which is so impressive, like on the first screen with that ugly beast on a distant ledge who looks rather ominous - it then turns around and sees you. Scary stuff!! Also, when trapped in jail, I love to watch those distant prisoners working in the background. And what about when Lester flops to the ground after a slug slashes his leg? Brilliant stuff and Another World is surely one of the best-animated games from the early 90s? 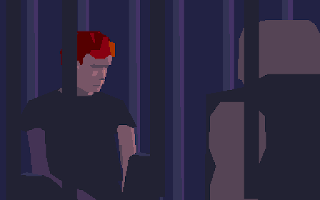 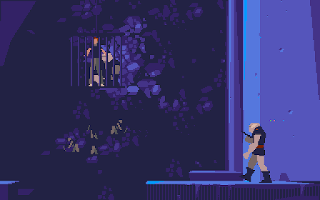 Banged up with an odd-looking fella. Sadly, there is no obvious escape... 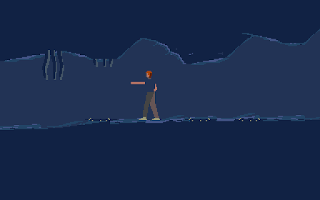 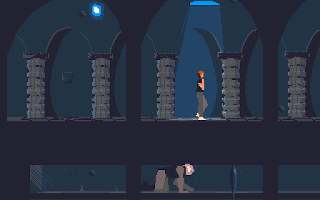 Another World is full of frustrating traps so watch where you walk - and how you jump.

Overall, this is such a classic adventure which I have loved and hated in equal measure. Sure, I marvel at the aesthetics but its gameplay is rather cruel and unforgiving which makes me scream out loud at my monitor!! I mean, something as simple as those floppy slugs on the first level, yet they killed me so many times...

However, it's because of the visuals why Another World takes its rightful place within our Pixel Art section. I hope you approve of my screenshots which I think help to demonstrate why I love these pixels so much? A truly wonderful game so grab yourself some of Eric Chahi's cartoon styles on either a floppy disk or for your hard drive. 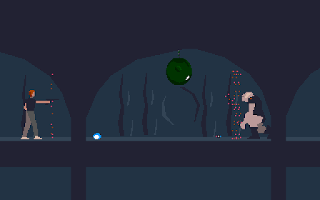 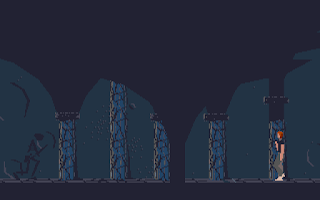 Gunfights are fun but tough to master. I win the odd battle - just look at his singed corpse! 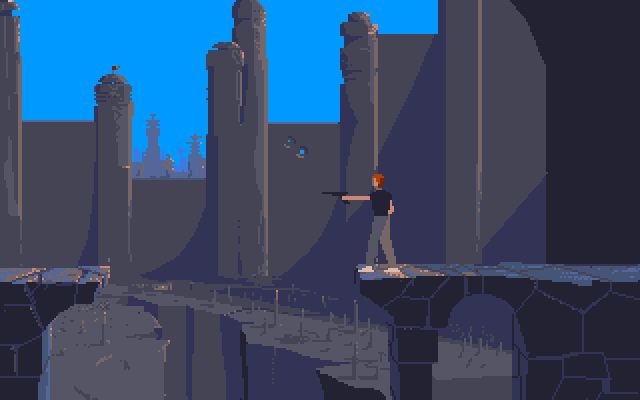 AtariMania has a great walk-through which is very helpful to frustrated games (like me!)

Email ThisBlogThis!Share to TwitterShare to FacebookShare to Pinterest
Labels: 1991, PixelArt