Once again, we find ourselves in deep space on board a ship which has been invaded - by robots. However, they are the most sluggish robots I've ever known so how these brutes managed this is anyone's guess. Anyhow, as the last surviving crew member, we must eliminate them before they take over. This won't be easy because each room has electrified walls for instant death! (Hey, let's find some rubber gloves before we begin! No? ...sigh...)

Developed by P Fox of ProjectX, Robotz is kinda like a tactical remake of the Berzerk genre. Each of the rooms is different and populated by a number of randomly placed robots which follow your movements in their own specific order (use that to your own advantage). We are armed with a one-shot gun which is my only gripe because it's rather restricting! Especially as each robot is protected by a shield so your shots cannot destroy them but will stun for a few seconds. Ultimately, blast each generator into smithereens to leave the invading robots helpless!

For a homebrew release, I must say that I adore the visuals which personally remind me of a cross between Xenon and Leavin' Teramis. The palette is gorgeously metallic and I love those shadows which add so much depth to the scenario. All sprites are simple but nicely detailed with good animation and I giggle at our protagonist's legs as he walks. Yeah, it's funny but nowhere near as entertaining as his "ouch" scream when losing a life (Grrr!!)

Thanks to ST Format, I think many have played Robotz but how long did you last before hitting the reset button? Personally, I think this is a cracking example of 16-bit Marmite but whether you will enjoy the stress and tension as much as I did is debatable. Yeah, Robotz is cruel yet tremendously addictive and highly recommended. 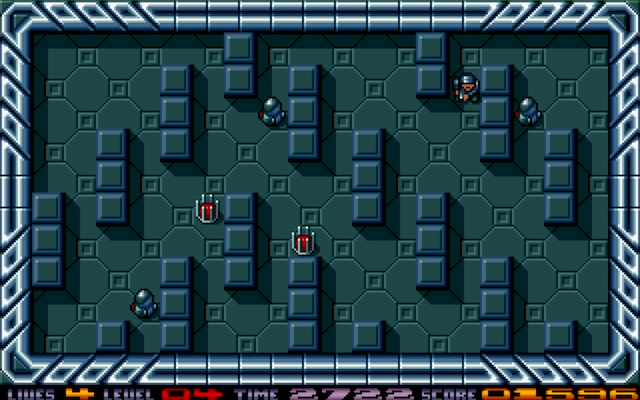 Each level has a design that demands lots of time to master the tighter areas. 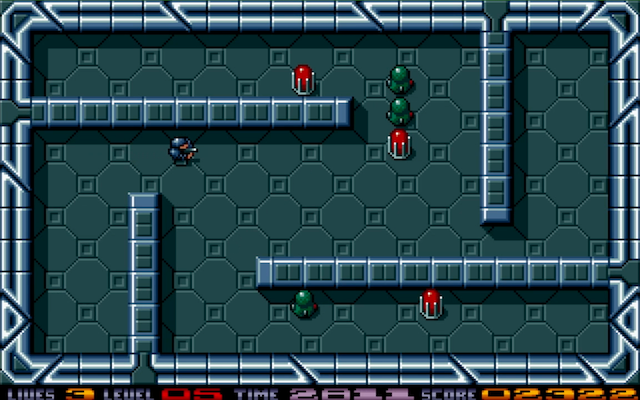 Those robots are indestructible! Surely there's a way to kill them? 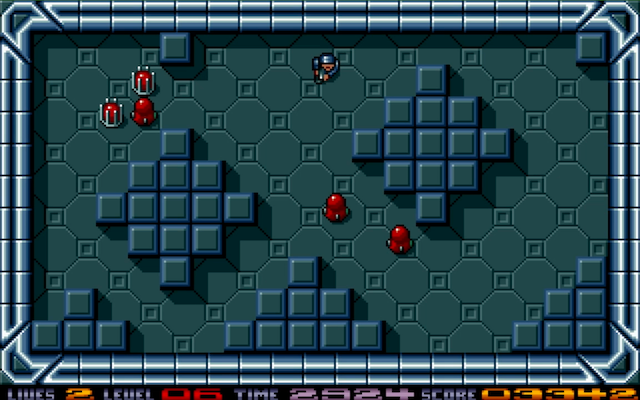 Some levels have more freedom to move, but that's mean they're easy! This level is extremely tricky. When I say tricky, I mean agonisingly difficult!! 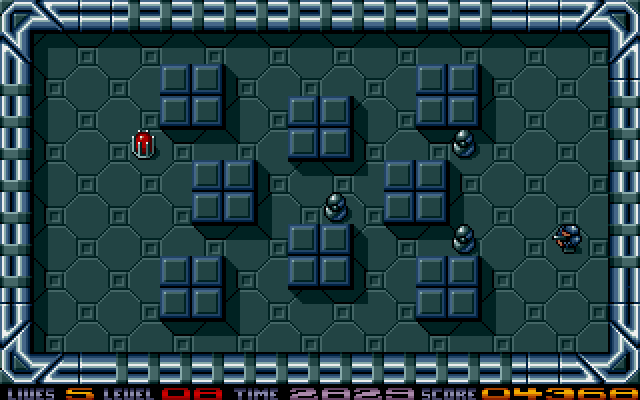 Hmm, this appears easy? One generator... but... three droids! 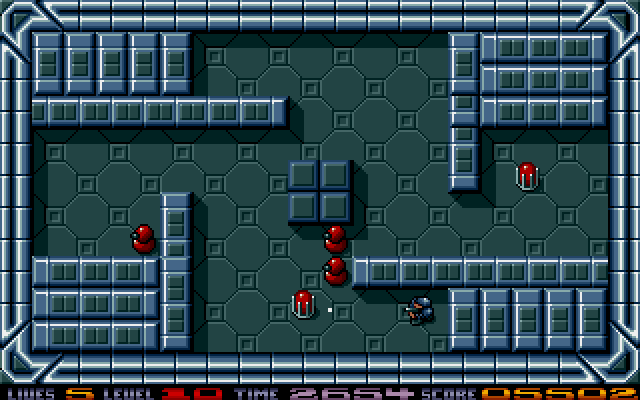 Oh no, this level features TWO generators to destroy BEFORE the robots are killable.

Email ThisBlogThis!Share to TwitterShare to FacebookShare to Pinterest
Labels: 1990, Action