I was recently talking to a good friend who loves the NES game, Super Mario Brothers. However, this is something I've not played because I had the ZX Spectrum before moving up to the glorious Atari ST. He swore at me saying it was the best platformer ever made and I didn't know what I was missing. Thankfully, he has now been sectioned but his silly opinion got me thinking about Super Stario Land which is (cough...cough) a similar title.

I remember playing this a few years ago but struggled to progress very far. So, I decided to give it another bash over the weekend but shockingly, my skills had not improved!! So I rebooted my ST after only a few games to enable the trainer option which I hoped would compensate for my poor reactions. In fact, I had the bold intention to record a "longplay" but those darn flying fish put a frustrating end to that idea, which was so disappointing... 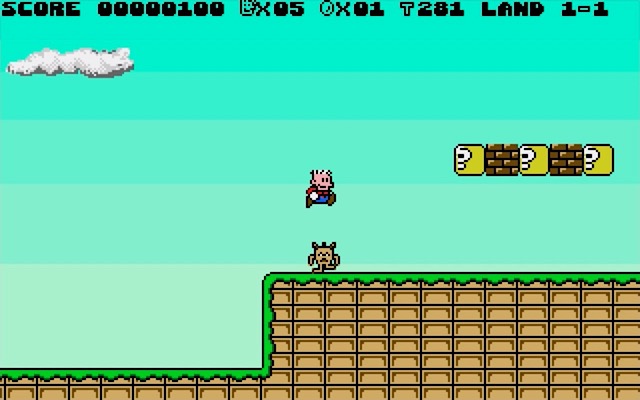 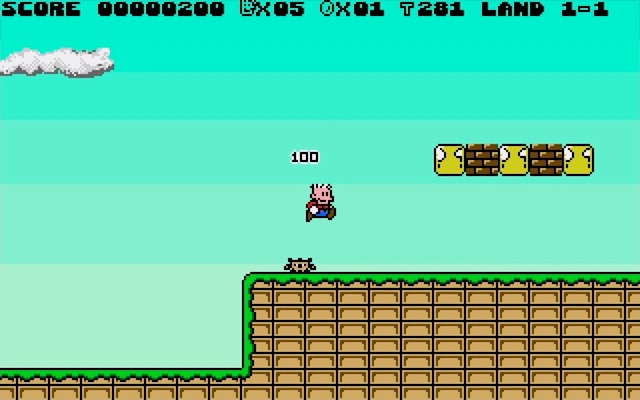 Stario left the house without a shotgun!! What a fool. So now he's gotta squish the nasties from up high...

For those living on another planet the last couple of decades, Super Stario Land is basically a shameless Mario ripoff which doesn't even try to hide that fact at all. Released 1995 by Top Byte Software, this must rank as one of the last commercial games ever released for our beloved Atari ST. It was programmed by Adrian Keylock who did an ace job considering no enhanced hardware was used. Yup, it's as smooth as silk on any Atari ST computer.

Stario can walk, run (hold the fire button) and jump over his blocky 2D landscape. Many of these blocks can be nudged for extra points and sometimes a weird bonus - I love the one that makes you grow twice the size/strength and I will never refuse that much-needed 1UP bonus. The levels are populated by lots of cute critters that can be killed by stomping on their heads, although some require a double jump whilst others are immune...

Your environment is very much a "Mario" clone using the expected bric-a-brac with tube-like structures, water, moving platforms and much more. Everything should feel this "familiar", but what interested me was the levels themselves which follow a particular design using randomly generated stages for larger levels. Sadly, this design will often backfire for a weird Deja Vu feeling as you hopped over the same bit of landscape more than once... 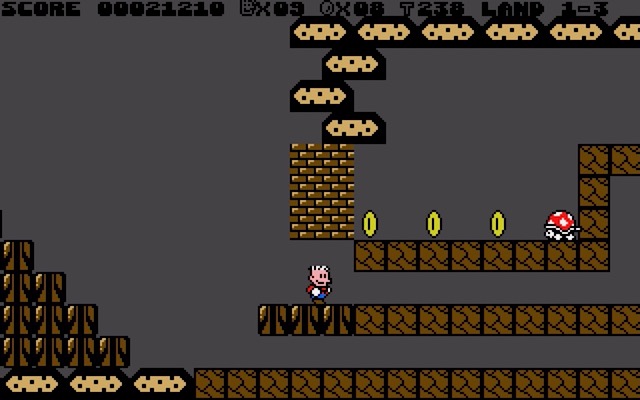 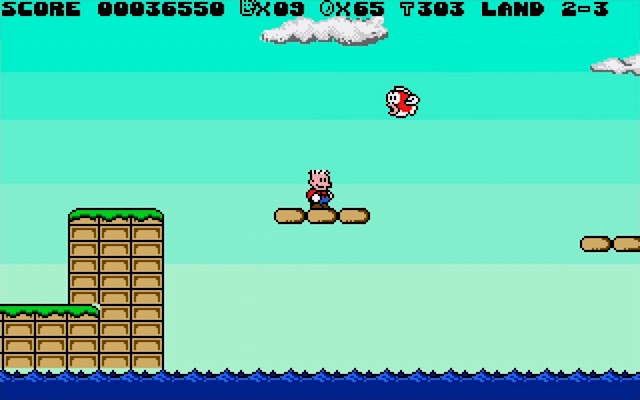 Watch out for falling rocks!! Every critter is so cute and detailed, even the flying fish - GRR!!!

Joystick controls are superb and incredibly responsive without any lag. However, having said that, you should get in a few practice games to master the enormous level of inertia. I wish I had a pound for every time I slid off the edge of a moving platform to my doom! After a few plays, things will soon become second nature. Brilliant controls!!

The graphics are designed by none other than Richard Davey, of the legendary LGD and kind Patreon to AtariCrypt. He's certainly taken the time to get that console look just right - everything from the blocks, the landscapes, and those incredibly detailed sprites. The baddies are really cute, it's almost a shame to squash 'em. Almost.

Audio can be flipped between the default sound effects and chipmusic by simply pressing F9 key. The effects are quite good but there's not enough going on so you're left feeling empty and wanting far more pizazz from your old ST. Thankfully, nothing compares to the gorgeous Big Alec tunes which are beautiful. So that's an easy choice!! 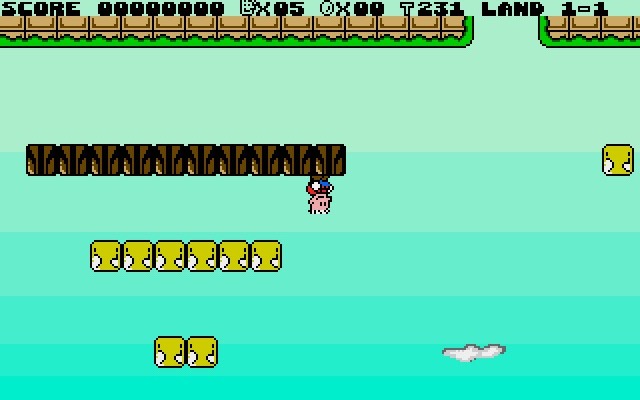 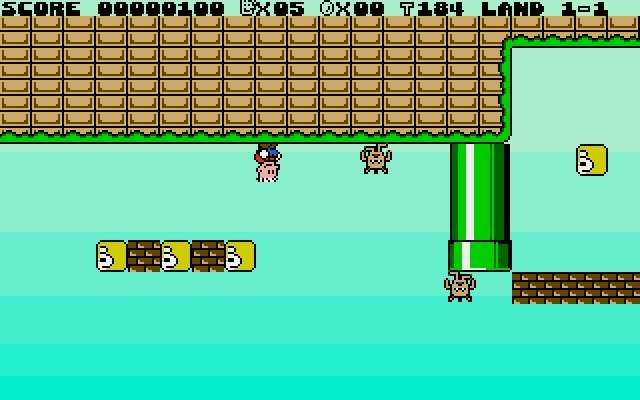 Enter 'australia' into the high score table and you get a rather unexpected bonus game!!

No game is perfect and Super Stario Land has a few niggles which disappoint but, for me, those flying fish are the worst because they appear to follow unpredictable patterns so are really annoying. Getting by them is impossible to judge correctly so, it feels like pure luck IF you manage to make it through. Which is a bit rubbish!

Having said that, this is a blast and certainly ranks as one of the best on the ST. However, I'm unsure just HOW to recommend it because IF you're a fan of the NES game then you'll probably hate what is a shameless ripoff. Others may not approve of its old 8Bit style compared to 16-bitters like Rolling Ronny, Ghouls 'n Ghosts, etc, etc...

However, Stario is authentically Mario in many aspects which is great for a computer without the enhanced hardware. It feels 8-Bit, scrolls great, sounds great, and the controls are simply divine. Yep, I'm happy and also feel it might have changed my mind about that idiotic Italian plumber... maybe! Overall, I cannot recommend Super Stario enough because it's blummin' great and infuriatingly addictive so download what is nothing short of fun, fun, fun!!


Super Stario The Mario Wannabe
can be ran from floppy or your hard drive.

Email ThisBlogThis!Share to TwitterShare to FacebookShare to Pinterest
Labels: 1995, Platformers