The last time I played Army Moves was probably on my Spectrum +3 back in 1987 before getting an Atari ST. I remember this being part of Ocean's Live Ammo compilation and what a great compilation that was. However, it was extremely sluggish and I was also rubbish so I never managed to beat the first level (stop laughing).

Army Moves was developed by Dinamic, the same guys who brought us After The War, and it's a scrolling shooter with many ingredients 'borrowed' from a variety of great(er) games. It begins with you happily trundling over a damaged bridge in a surprisingly well-armed jeep. Fire your infinite supply of rockets at the constant flow of enemies whilst hopping over potholes in the hope to safely reach the other side. Sound familiar? 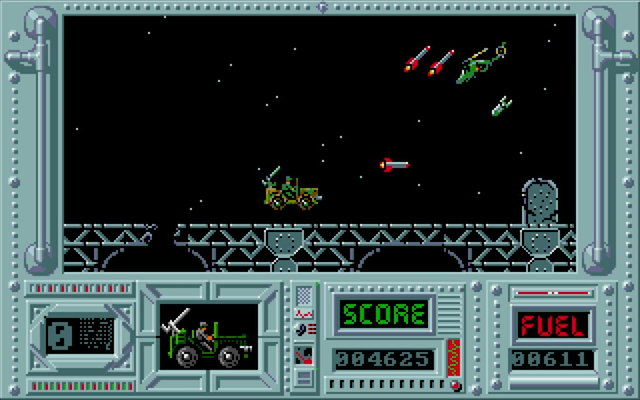 The next levels have you flying a helicopter over enemy territory protected by planes blindly shooting, whether you're in their sights or not. The controls here are agonisingly lethargic and it makes avoiding the enemy rather difficult. Oh, and don't forget to manually land on the helipad at the end otherwise you will suffer a suckers death! The next part is pretty much more of the same theme of nothing-you-haven't-seen-before with later levels taking through the jungle avoiding grenades and silly buzzards before it flips into something resembling Joe Blade!

Visually, I quite like it but that's probably because I'm reminded of my colour-clash days on the Speccy? The graphics are barebones, but everything scrolls along nicely and I do like the sprites with their fine detail and lots of colours. The helicopter levels even feature some rather simple parallax scrolling, which is a nice touch. However, there ain't anything that's gonna blow your mind and certainly nothing to push the Atari ST to its limits. 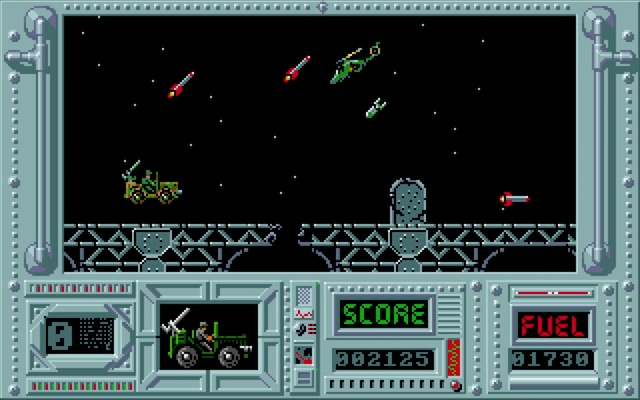 I swear that jeep doesn't fly all the time! 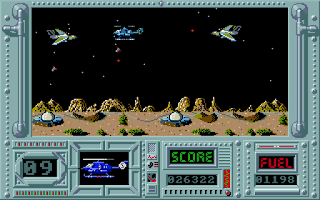 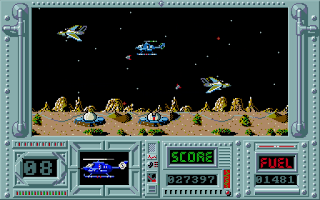 I do like some of Dinamic's ideas but they spoiled it with ludicrously long levels and high difficulty. Plus you're sent back to the start after a life loss which is always going to be annoying! Ignoring the nearly-fun Jeep stage, I find it difficult to recommend this game - just play Moon Patrol, Silkworm or Joe Blade.

This could so easily have been great but feels like a rushed 8-Bit conversion offering little fun mixed with a massive bundle of frustration. The first level is good but the rest is too difficult to be entertaining. Which is a shame.


Grab your camo and download the floppies or hard disk version!