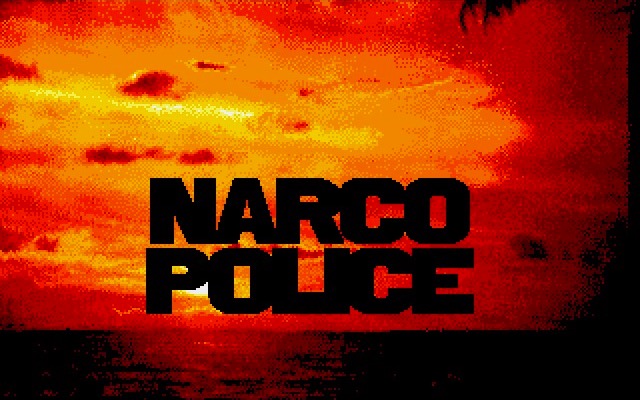 In the future... or rather... back in 2003 most of us were heavily dependent on hardcore drugs and this addiction made the dealers rich and powerful. So the various nations of the world all got together to form an elite anti-drug unit: The A-Team. No, I meant NARCO POLICE who have been trained to rid this filth from existence. Yeah!!

Three Narco units are deployed to infiltrate the drug lord's hive which is located on a remote island, off Columbia. It won't be easy because they have invested in extra security, including lots of marines and combat soldiers. You start with the 'option' of choosing your team's equipment and weaponry which is important. Also, a map of the island allows you to view the landscape and chose an entrance into its network of underground tunnels. 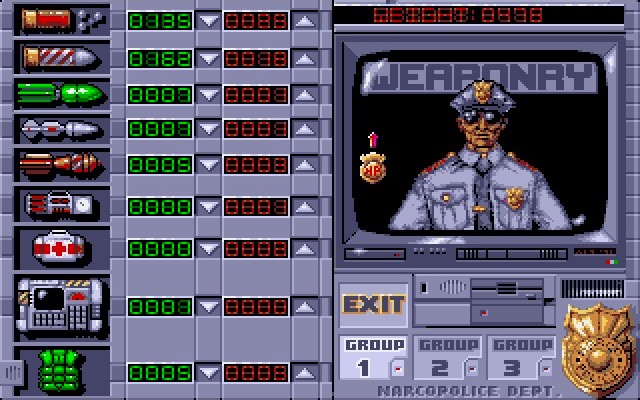 Don't forget to visit the armoury before heading out into no-mans land! 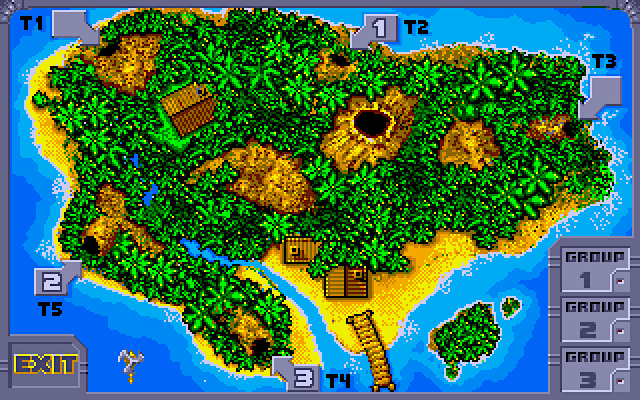 There's little to actually plan but at least we get to tunnel in like killer worm cops!

It's now we encounter the henchmen, security systems, and heavy artillery! And, as we venture deeper, the enemy will surprise you by jumping out from hidden sidewalls or fall down from the ceiling to ambush. So use the joystick to direct gunfire at their location and reign an onslaught of gun violence! Controls can take a little getting used to with movement first feeling awkward - but you will get used to dodging grenades in no time.

Other defences cannot be destroyed so easily and require a more tactical approach. (It's now that you realise your team needed the correct equipment). A terminal is available to enter basic control commands, such as 'C' (which stands for 'chopper') to display information about your teams. The 'K' command is helpful in restoring vitality and the 'M1' command is rather entertaining in sticky situations. A command list can be displayed using 'DIR'.

Come on, tell me you're not impressed by this floppy-disk based computer from 1985!!!

Now, I've always had a passion for 3D shooters, especially the first-person variety and, even though this is third-person, it's still a game I've enjoyed since the early 90s. Narco Police uses a pseudo-3D engine which pushes our old 8MHz processor quite well by using clipped graphics which increase as you walk, giving the illusion of movement. I even remember drooling over my ST's keyboard the first time I got to see this in action!

Visually, this is gorgeous with huge sprites and nice animations. This is a 16-bit computer, right? Well, as impressive as it is (and it is) there are some minor issues: it's quite tacky when you see a wooden-looking bad guy waiting to be shot like a cardboard cutout. And there are some soldiers who love to roll across your screen in slo-mo! Thankfully, we are superbly animated as we walk the corridors. Well, even if there's a suspect limp lol.

Audio is fantastic and starts with a stomping title tune during the display of an 80s retro-styled title screen. All in-game sound effects are made from samples, which are impressive. However, it's odd walking without the sound of footsteps? Maybe I'm being picky and perhaps our hero is just too stealthy for his own good!! 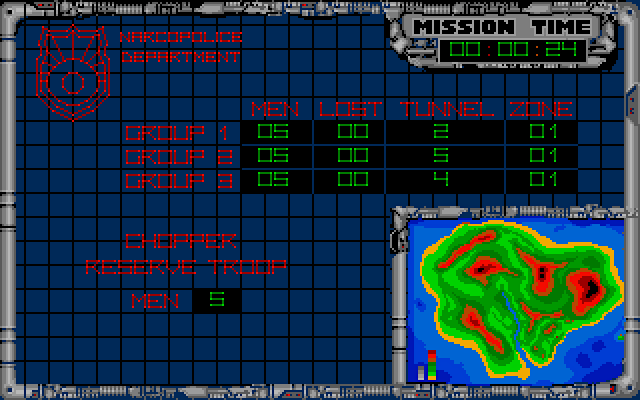 Hands up who would love a job as a Narco Policeman? No, me neither! lol 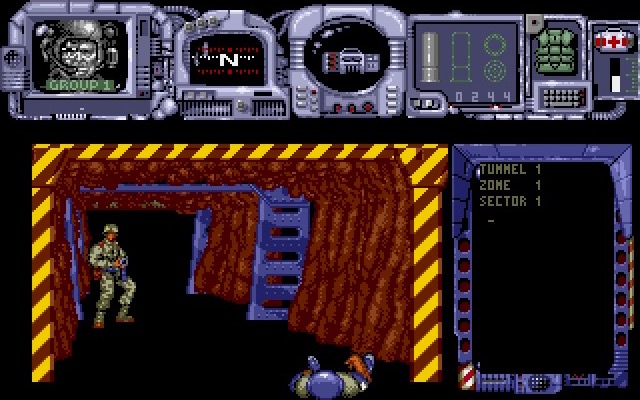 The perspective used in this game is so impressive but that doesn't stop me from dying!

Technically, this game is a Christmas Cracker stuffed full of mayhem that gets the blood flowing. Who doesn't enjoy killing idiot henchmen during their repetitive tunnel explorations? Sadly, and once again, Dinamic has created another game that is ludicrously hard, which is a shame... Arghh, perhaps the Spanish are hardcore gamers? lol

Having said that, I couldn't help but be drawn back into the tunnels time and time again. Narco Police is one seriously addictive game for anyone that loves guns, loud explosions and plenty of killing. What a fistful of fun. Play this.

Email ThisBlogThis!Share to TwitterShare to FacebookShare to Pinterest
Labels: 1991, FPS