Starburst is a shareware game by Chris Skellern that grants us the gratifying opportunity to blow stuff up!! This space-shoot 'em up is based on an old Sinclair QL game, which is actually pretty cool when you think about it!

The objective is to find six power bases and decimate them before attempting the ultimate goal of killing the super brain. Oooooh, that sounds amazing!! Pilot your spaceship through lots of rocky caverns, destroying everything that you come across. And, when I say everything, I really do mean everything!! Directional firing is available using the keypad, which I've demonstrated here in this simple animated GIF.

Okay, aesthetically, this isn't going to blow your mind with its basic 8-Bit visuals. However, that's the era I grew up in and I don't need fancy 16-bit graphics to enjoy any game. In fact, Starburst reminds me of Harrier Attack - remember that one? The chipmusic is superb with in-game sampled sound effects that aren't all that bad.

Starburst is dead simple and explosive fun so stop thinking and destroy everything!! 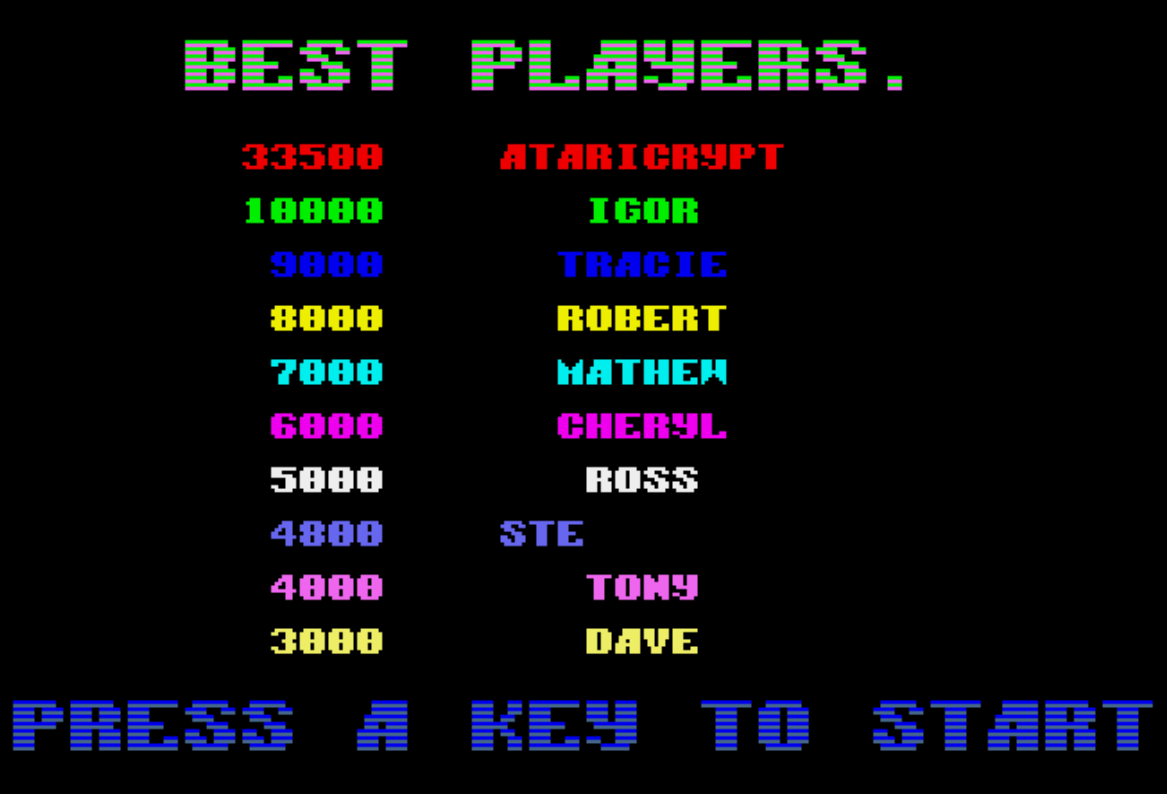 Email ThisBlogThis!Share to TwitterShare to FacebookShare to Pinterest
Labels: 1995, PD