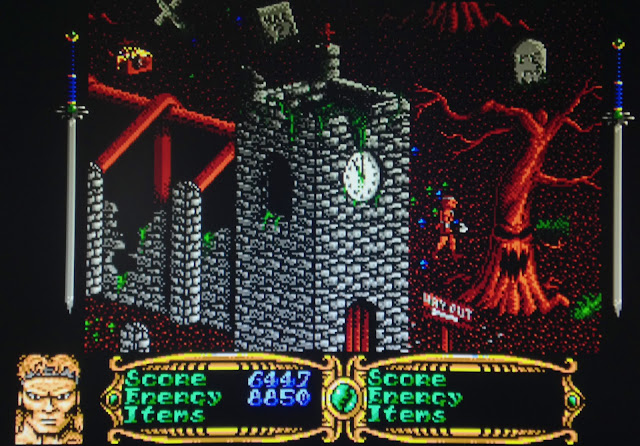 Taken with my phone camera. Sorry!! A video recording is coming soon!!

Oh, dear... Sorry, I meant to say: Here we have Gauntlet 3 for the Atari ST, another sequel to the incredible arcade original. Now, that wasn't broken, but somebody decided to change it into an isometric shooter.


So, gone is the top-down view in favour of a 3D perspective. And I must admit, this looks rather nice and certainly helped to create a spooky medieval scene during the opening woodland area. However, this is supposed to be Gauntlet with zillions of monsters attacking from all sides. Will it be the same after this visual update?

Basically, no. Okay, the new graphics look great but the traditional ingredients that made this a success are gone. Gameplay has seen a change in style from frenzied monster-bashing to something of a more sedate exploration. Thankfully, Gauntlet 3 has some of those old characteristics we love: generators, familiar baddies, treasure and I'm grateful someone is still leaving food for me to nosh. However, the gameplay is not "Gauntlet".

Controls are a mixed bag of disappointment and feel sluggish and laboured. Plus flawed mechanics seem to do whatever they can to hamper any sort of snappy and decisive movement: why can't my musclebound warrior hop over a tree log or stomp through a mushroom patch? But why is he so slowly? Arghhh!!


A GLIMMER OF HOPE?

Update: I have contacted Peter Putnik (8BitChip) to ask about a hard drive version that supports faster Atari computers. Once again he worked his magic and I've been enjoying Gauntlet 3 on my 16MHz Atari STe and yes, I said enjoyed!! Sure, it isn't perfect but if you have a faster computer then this version will help to eliminate some of the problems with the unresponsive controls.


Okay, I really don't get it. Whoever thought it was a good idea to redesign the perfect multiplayer shoot 'em up is a complete idiot? The Gauntlet name is ginormous so releasing a game which is anything less than perfect was never going to work. And that's what's happened. Ultimately, a massive shame to a fan like myself.

Stick to either of the first games, both of which are incredible Atari ST conversions. But, if you're insane and fancy a bash at isometric monster-killing, then grab the floppies. But you'll be best using Peter's HD conversion. 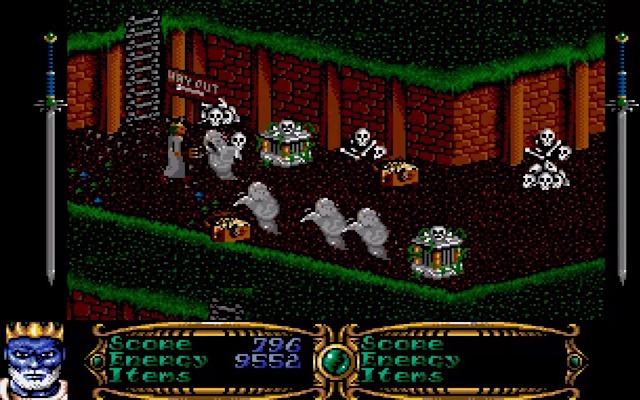 I thought I'd found the way out but it was an ambush that leads to more sluggish fighting! 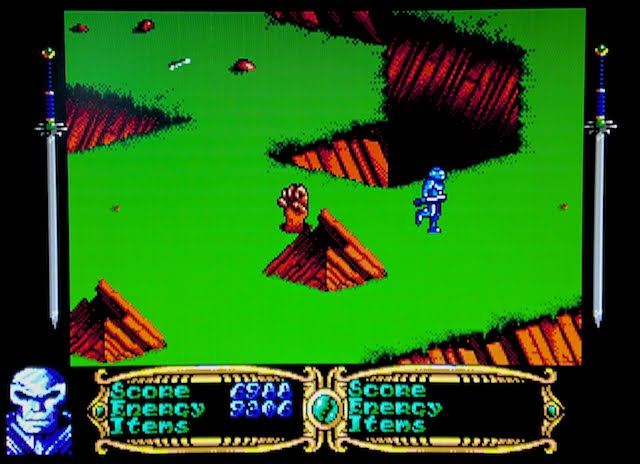 That hand always finds you and is one of the most annoying things about this game. I hate it!!

Email ThisBlogThis!Share to TwitterShare to FacebookShare to Pinterest
Labels: 1991, Action