Atari Legend is having a fantastic run-up to Christmas by releasing something special every day throughout December. It wasn't until the 7th when they released a HDD-patched download of Ultima 5 did I become interested. For some reason, I've not played any Ultima but this one looks especially interesting so I had to try it!

The land of Britannia has lost its king, Lord British and is now ruled by a tyrant called Blackthorn. Okay, it all sounds corny and the visuals might not rock the Bitmap Bros off top spot - but when did great graphics ever matter to the gameplay? I mean, just look at Rogue which I found to be a breathtaking experience. Nuff said. 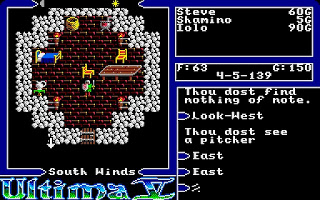 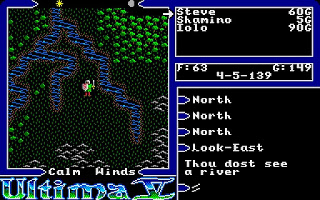 Looks like I'm in a pretty cosy place but let's get out and explore the lush countryside. 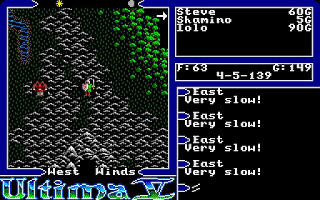 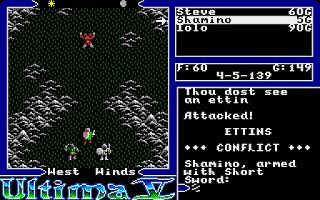 Oh no, a two-headed Ettin has found me when walking over the hills. I should have run away!

Creating yourself a character is an usual affair and something I didn't expect but this process got little Stevie configured and straight into the thick of it. Boy, are there a large number of keys to learn for each and every action and interaction within your surroundings. This place is huge and the battles are very hard so exploring Britannia is going to be lots of fun (or agony?). But I can take it!!

I've genuinely enjoyed my first couple of games: a lovely country walk through grasslands and forests until I came upon a small bridge - with a Troll. Luckily I made it across without him noticing me but I then ran into some red demons who decided that they wanted a piece of us. Yep, my first battle didn't go down well if I'm honest... Hang on, I think I've been resurrected for another bash! 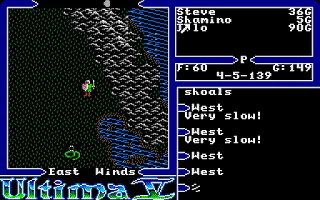 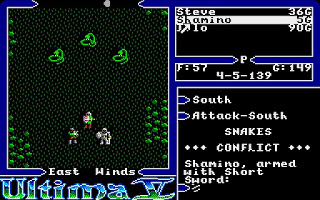 Vicious snakes decide to spit venom at our plucky adventurers. A bad mistake! 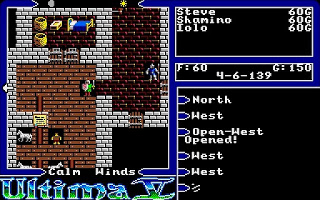 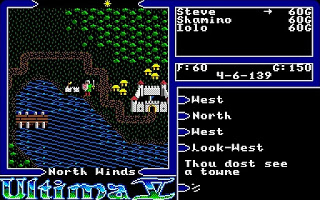 Now I feel Ultima V is finally starting to open up to this old noob. What a game!

I plan on spending the Christmas holidays playing Ultima V - with whiskey, turkey butties and mince pies beside my keyboard of course! I'm really looking forward to learning more about Ultima V and have (so far) had a brilliant few games. I'm excited but now time to takes things seriously and see how this adventure plays out.

My thanks to everyone over at Atari Legend for these daily treats!! Keep up the great work and STay Atari. 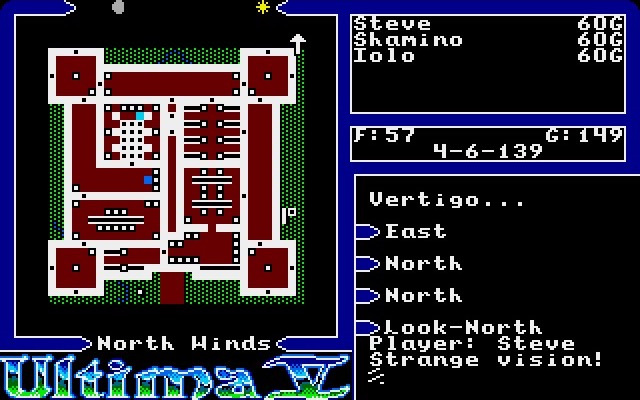 Hey look, I've just found a map! Time for a drink before leaving...

Email ThisBlogThis!Share to TwitterShare to FacebookShare to Pinterest
Labels: 1989, Adventure/RPG