Chronicles Of Omega was released by ARC/Atari in 1990 and is probably the first commercial game to feature support for the enhanced Atari STe by making use of the hardware scrolling and DMA Audio. But that doesn't mean the STfm has been forgotten because this displays gorgeous rasters for the sky which aren't possible on the STe when using hardware scrolling. So each machine has something rather cool up its sleeve!


The lands of Omega have always been peaceful until the day came when a demon captured all of the children from the village. Play as either Alwin or Irma and battle your way through five evil infested lands, killing everything in your wake, defeating Demon Champions (aka end of level bosses). Ultimately, be the hero and save the day!

This is a cute platformer with interesting levels that aren't overly large but filled with many ghouls. Your weapon is pretty lame but power-ups are available along the way from the Good Witch who makes a profit out of you and your noble crusade. Her prices aren't cheap so it's lucky that slain monsters leave behind loot to collect. However, all power-ups are lost after losing a life, which sucks! End of level guardians are rather lame and quite easily defeated even though they have an annoying ability to materialise right where you're standing! 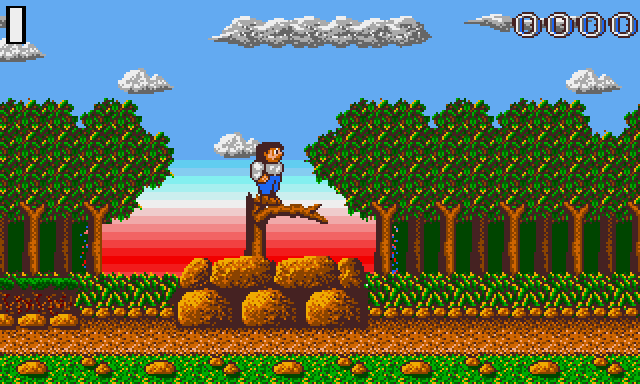 More colours and gorgeous chipmusic to boot. Yep, the STfm brings its own style to the table!

Visually, this is such a treat with lovely detailed characters and scenery. Both are rich in colour and the Atari ST uses its hardware scrolling for a smooth 50fps. The older ST hasn't been forgotten and what it lacks in framerate is more than compensated by lush colours. However, I must hand it to the Atari STe which wins this visual battle easily.

Both machines take advantage of their strengths in the audio department. The Atari STe uses its DMA hardware for both music and sound effects and is quite nice. The older ST uses its YM2149 for stunning chipmusic which I must say is a million times better. Overall, this is easy - the good 'ol ST wins this audio battle hands down. 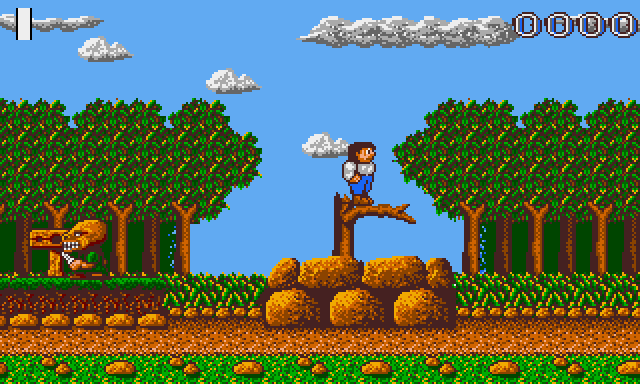 The Atari STe features fewer colours, which is a shame - but the 50fps scrolling nicely compensates!

I must admit to being disappointed by this weird enigma. It plays the same on both models of Atari ST but is spoilt by the magic wand's mechanics. This is due to its inability to fire more than twice at any given moment: which means walk...shoot...walk...shoot. If you forget then you're possibly left defenceless in tight situations.

I pushed myself through the fluffy-controls pain barrier and (shockingly) found myself starting to enjoy this quirky game. In fact, I managed to reach the final level and I was genuinely having fun albeit with the awkward firing. This isn't a terrible game, there are better out there, but it's good so worth downloading for either machine.

- 8BitChip have a hard drive installable game which is ace!
- Old Games Finder has access to all the floppy disks you could ever desire.