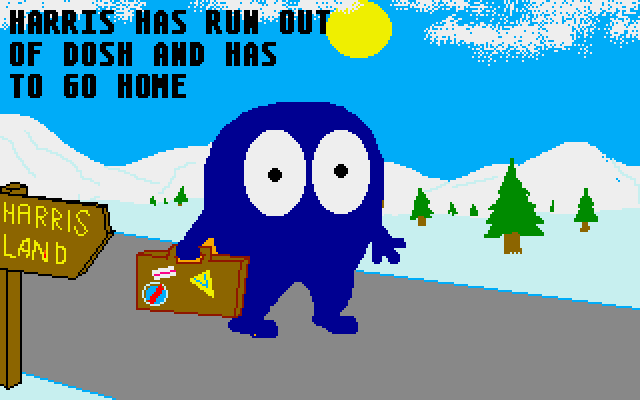 Today we rewind the clocks all the way to 1982 for a skiing adventure with an odd 8-bit hero, Horace. Developed in STOS by a couple of brothers calling themselves OllySoft and released (I think) a whole decade after the ZX Spectrum original. However, for his Atari ST appearance, he didn't want to upset Psion so changed his name to Harris to avoid any confusion. Oh, and he "WENT" skiing instead of "GOES". Hmm, subtle...

Anyone old enough to remember the original will feel right at home with Harris who is once again looking to enjoy a skiing trip. However, it's not started off well... Harris finds himself in a pickle as he didn't bring along any skis so must hire replacements from the resort - who built their shop on the wrong side of a busy highway! The Frogger part is way too easy in comparison to what I remember! Simply waiting for a large gap in the traffic allows Harris to run all the way across the road - in one go! The skiing part is great and with many obstacles to avoid. Once the skiing is finished, somebody robs your skis so you head back to the hire shop to repeat everything...

The graphics and sounds are quite close to the original but (as an ST nutter) I must admit nothing beats the authenticity of the original. The audio effects are crudely entertaining but the music grates after a while. Overall, OllySoft has done a great job with Harris Went Skiing and playing "Horace" again has certainly brought back lots of warm and fuzzy feelings of nostalgia. It's simple, it's silly and it's highly recommended.

- And Even More OllySoft Games -

Imagine Operation Wolf but set in President Trump's backyard which is overrun by weak rabbits! Aka lefties. So grab your gun and let's fix this once and for all. A successful hit turns those rabbits into a bloody mess of gore which I'm sure animal lovers will really appreciate. Overall, it's a simple game but also quite enjoyable, if repetitive. 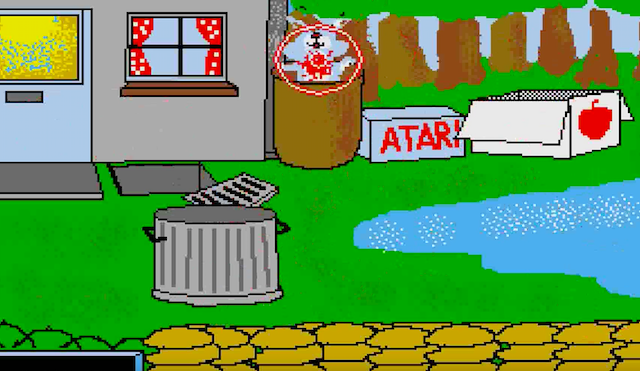 A pointless two-player game so rubbish alone and possibly rubbish anyhow. Well, I didn't like it whatsoever if I'm honest. However, it does feature a cool hidden easter egg and that's worth the download. Brilliant!! 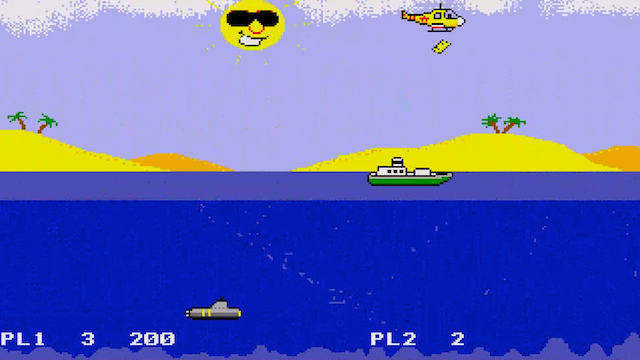 An endless supply of angry ayatollah chaps running down your screen - straight into the path of your tank. It's mind-numbingly boring after a few minutes but I gotta admit that those somersault deaths are incredible. 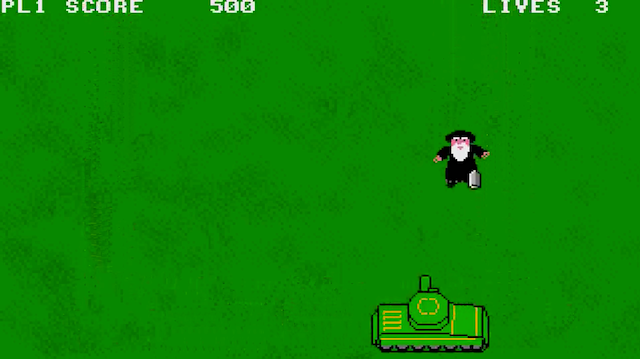 Perhaps it's time to lower the bar to the lowest of low extreme levels? Is that even possible? Okay, how about a game of hit and run! Yep, you heard me right. And, on this road, people appear glued down so drive into them and watch blood splatter as their bodies spin off into the air. It's really funny... well... for a few minutes! 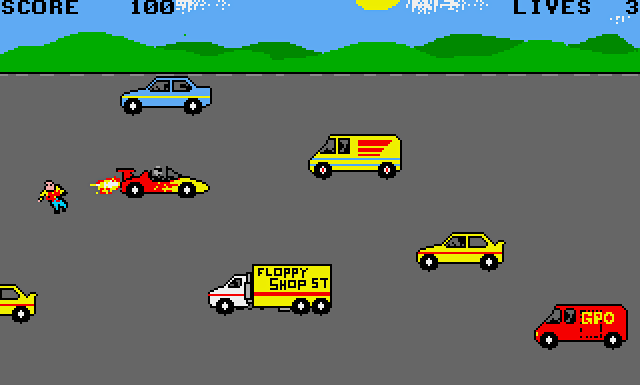 Email ThisBlogThis!Share to TwitterShare to FacebookShare to Pinterest
Labels: 1992, PD