Escape From The Planet Of The Robot Monsters

Oh no, evil Reptilons are hell-bent on destroying us and have taken hold of Planet X. They've enslaved the human population and forced them to build a robot army for an invasion. Jake and Duke are two heroes with a simple plan: destroy as many robots as possible, trash the computers, rescue every cute girl and save the day.

Robot Monsters is played in a fashion to other 3D isometric games, just imagine a pinch Buck Rogers mixed in with a dollop of Gauntlet and you get a general idea. Your main goal is to rescue the humans, without forgetting those held in stasis pods, and along the way are numerous traps designed for us soft fleshy humans: sharp spikes, rotating chunks of metal, and electric floor panels. All this is going on whilst Planet X constantly creates new enemy robots. The hoard is relentless so you better be quick on the trigger otherwise you will risk being overrun! 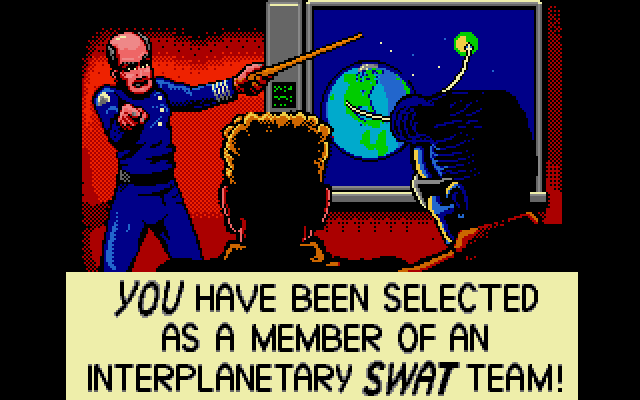 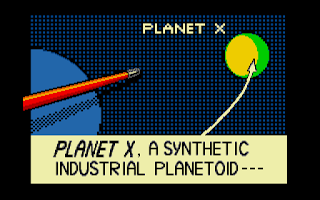 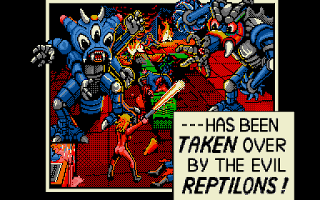 We have a laser weapon which is great but refrain from overuse otherwise it becomes less effective... Thankfully, it can be charged by collecting the green blobs that a dead robot can leave behind. There are also bombs - just hit the shift key and they detonate straight away killing anything within your vicinity - even the captives - so be careful.

A canal stage appears after a few levels which offer extra bonuses but isn't essential to your overall progress and I wasn't too eager about it anyhow. The big Reptilon boss will first seem an impossible opponent but there is a cunning way to avoid it using a few bombs and a little joystick waggling... Just ask if you need any help. 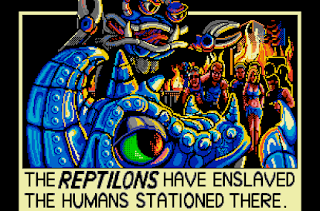 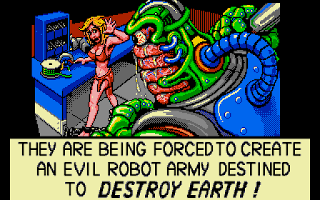 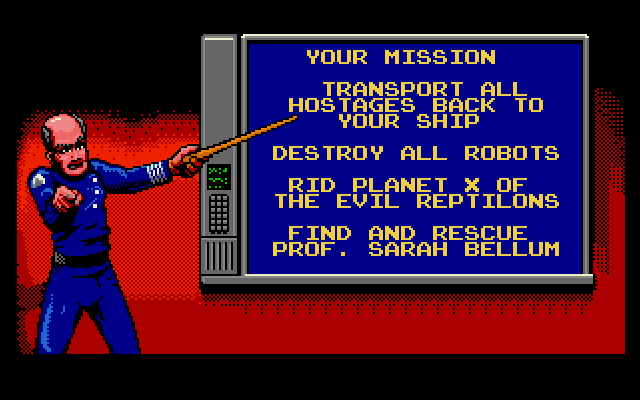 Visually, I love the isometric 3D styles which work great. The fine detail to your environment is brilliant as are the hoards of aliens invading the screen. My favourite is the biscuit-looking creatures - which are actually cute. Audio is a blast with cool sound effects and gorgeous chipmusic. Nothing but the good bleeps here!!

I've really enjoyed playing this great game which is full to the brim of originality and frantic metallic mayhem. It's demented and I love the comical personality, characters, and superb action. An iconic 16-Bit shooter.

Email ThisBlogThis!Share to TwitterShare to FacebookShare to Pinterest
Labels: 1990, Action