I recently bought Captive and anyone with half a brain (like me) knows this is an awesome RPG by Mindscape. We have been held prisoner for a couple of hundred years from a crime we did not commit - and the A-Team thought they had it bad! After such a long time, your freedom from the unjust hell is your only goal.

This RPG uses a unique user interface to configure and control droids - it's a briefcase. Why a prisoner has this I cannot tell you but operating it is like something from Mission Impossible! The graphics are excellent with stunning monsters but I was a little disappointed by the sparse audio. Which is made worse when finding out that the original released used DMA of the Atari STe whereas that was dropped for the v1.2 update!

Fans of this RPG should take a look at a website by Pierre Fournier called The Ultimate Captive Guide. 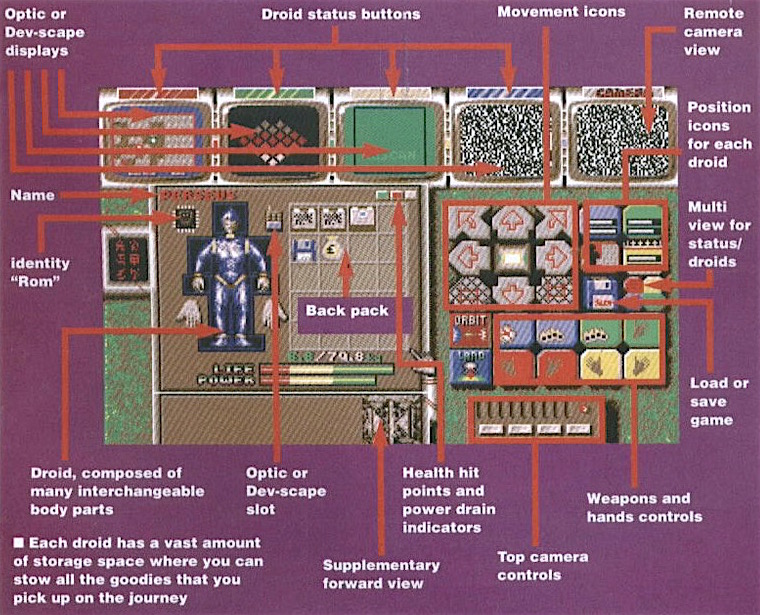