How could anyone ever contemplate improving Space Invaders? How about supersizing it with lots of cool new ideas!! Which is exactly what Domark with the imaginatively titled Super Space Invaders, an authentic take on the original idea with an array of next-gen invaders to quench our two-dimensional alien-zapping thirst.

From the start, we're treated to a superb intro which you should watch. When the game begins, each stage is presented in groups, similar to Blasteroids offering a different path through with each wave starting slowly to gradually speed up with each kill. However, these new invaders attack as a wide variety of targets for our gun love - some will bloat after being shot, thus requiring extra effort for the kill. Don't expect the same attack formations, this time the aliens will use various styles with some breaking away - Galaxian style! 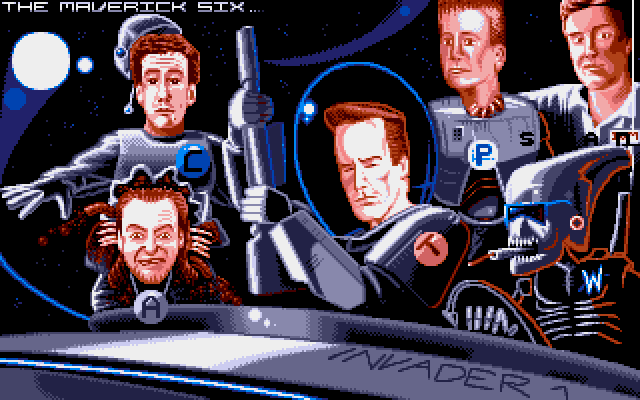 The intro is legendary. I absolutely loved it and it's definitely something you don't skip!! 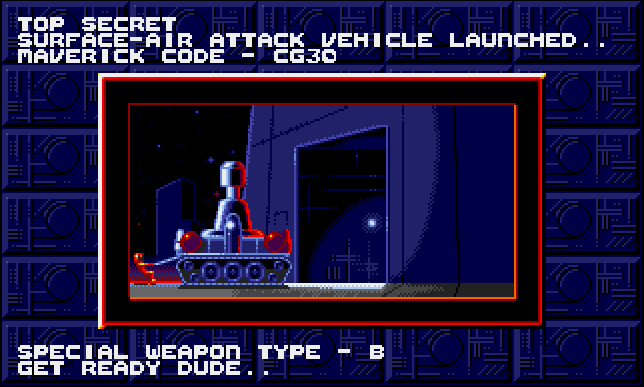 An easily-targeted mothership frequently passes by and, if destroyed, drops a power-up in true Arkanoid fashion. These power-ups make the entire experience something very special - I love the laser which slices through the alien hoard like a hot knife through butter. And, I must admit, to taking a liking to that rapid-fire power-up!

If Space Invaders ever had a flaw then it's gotta be repetition. But Super Space Invaders attempts to break that by introducing bonus rounds - flying saucers will invading the rural countryside abducting cattle, of all things. Finally, groovy end of level bosses are on guard and in urgent need of a good hiding!! I am especially impressed by the boss after level three which I thought was beautifully animated. 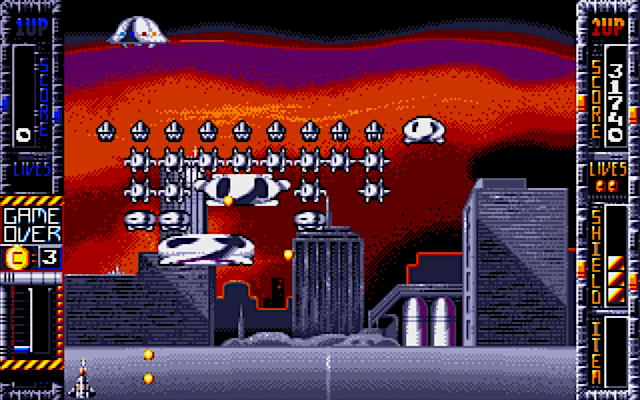 Some aliens balloon when hit and bonus rounds are pretty cool trying to protect moo cows! 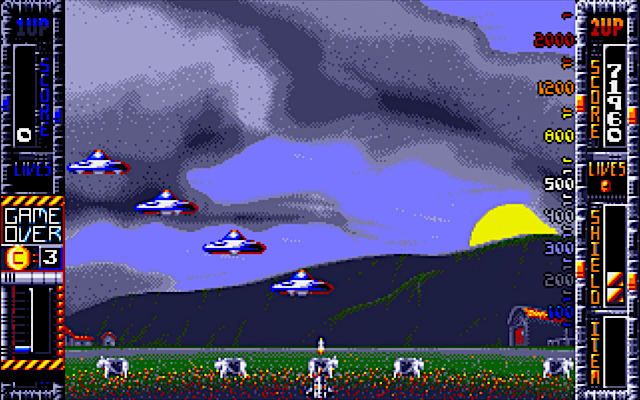 Throughout, the graphics are generally excellent with nicely detailed invaders and I especially liked the huge insects and End Of Level bosses - brilliant examples of cool pixel art. Audio is great, from that incredible intro video to the game itself. However, I was a little disappointed not to hear the famous cannon sound effect... Musically, very interesting and I was immediately reminded me of Escape From The Planet Of The Robot Monsters.

I think purists will probably turn up their nose in disgust at this abomination. However, it is a great game in its own right and the use of power-ups transports what might have been a predictable clone into a freakishly fun game. Far more addictive than I first imagined and I love the game so much I bought myself a copy!


Can you protect humanity from the Space Invaders?
Help is stored ready on hard disk or floppy.