Unheart is something that I've been meaning to feature for far too long. It's actually pretty new and was only released in 2014 at Silly Venture by Masters of Electric City. It's based on the original PC game, Heartlight which happily mixes Sokoban with a dollop of Boulder Dash to produce a riveting and refreshing brain-teasing challenge.

In fact, Boulder Dash fans should look elsewhere because this is actually a Sokoban game and a brilliant take on that idea too. We are a dwarf who enjoys digging his way through caves looking for love hearts. Watch out for falling rocks that might block your path or worse, a head-crushing blow. You might even come upon a bomb as you crawl through the soft soil but be careful, because these will detonate when impacting something hard, like a wall or rock. Heck, there are even balloons that will float upwards potentially pushing whatever gets in their way...
Don't worry if you get stuck, hit ESC will humorously explode our dwarf so we can restart. Also, a level-skip function is used to bypass those brain-destroying levels with the option of coming back later (yeah right). The difficulty remains a constant throughout - high - with cunning map designs causing the most intense problems!

The graphics are simple yet superbly detailed using a gorgeous C64-like palette. The status bar is displayed using overscan, which is always going to be a great thing for obvious reasons. The chip music is on another level. It is breathtaking and perfectly suits the gameplay - I just wish there was more.
Unheart is so much fun and pushes you to think differently than you would imagine. Its difficulty remains a constant throughout - high - with cunning map designs causing the most intense problems to overcome. Thankfully, with unlimited retries - and the ability to skip troublesome levels - you aren't distracted and will keep on coming back for more. Unheart is challenging, distinctively brilliant and one of the beST puzzlers on the Atari ST.
- SCREENSHOTS & DOWNLOAD - 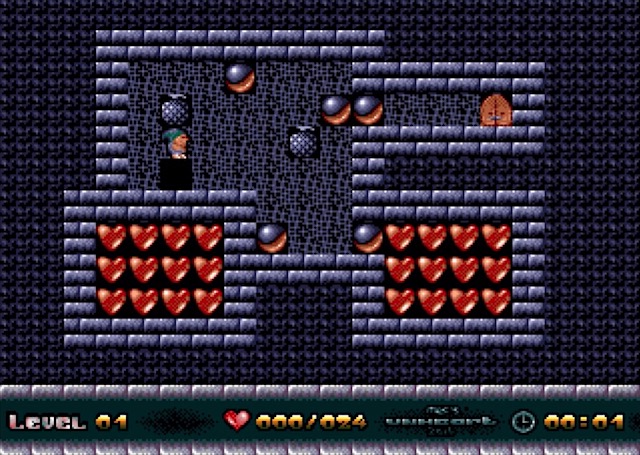 Some levels look so simple yet they are not. Perhaps well-placed explosions will help here? 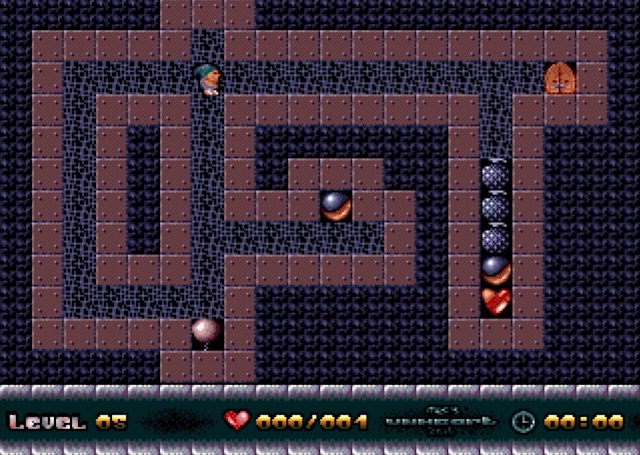 I spent ages on this level and yet it is so easy to complete!! Sometimes physics helps a bunch. 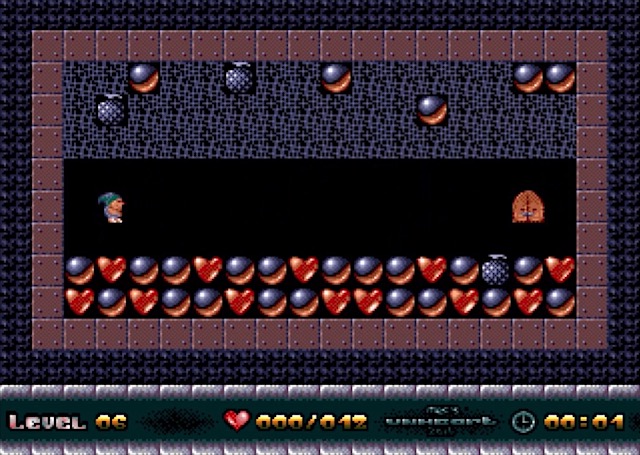 Another level that appears so simple - and is - but that didn't stop me pulling out my hair!! 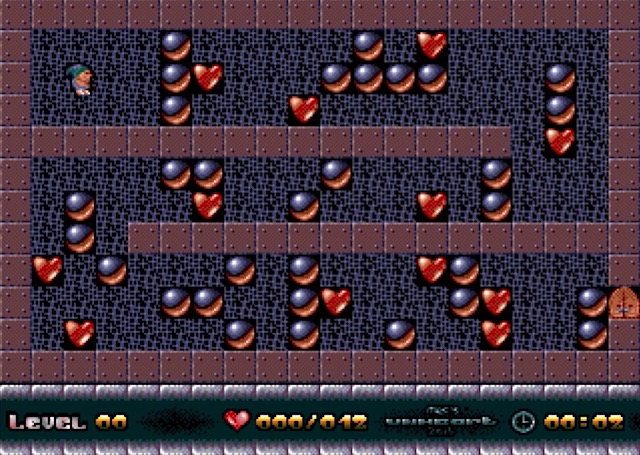 I can imagine Boulder Dash fans loving the first level, but not so much the others!
Grab the download from Demozoo and Silly Venture!

Email ThisBlogThis!Share to TwitterShare to FacebookShare to Pinterest
Labels: 2014, Thinkers