To compensate for the lacking sounds, I decided to add a background tune - by The Phantom.


Colour Clash was released in 1992 by AnimalSoft and is a puzzler starring Antonius the chameleon who has been captured by a mad scientist. Yup, there is usually some crazy fool trying to rule our world and this one has decided to force a chameleon to complete a maze. The task? To find dead flies - and eat them. Great, uh?

The first room is easy and will nicely demonstrate the basic mechanics whilst giving a good feel of how to control Antonius. It's here we learn that he can jump and can only eat the flies from a horizontal direction. Also, there always nasties to avoid which can cause our critter to explode into pieces with just a single touch. Ouch! 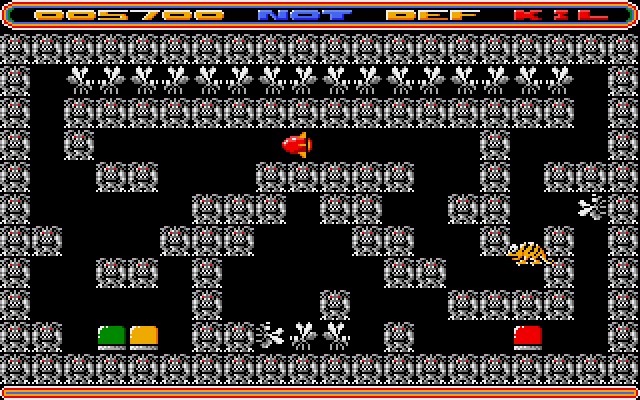 (top) I found easy but (lower) is something that had me stumped for a *long* time... sigh! 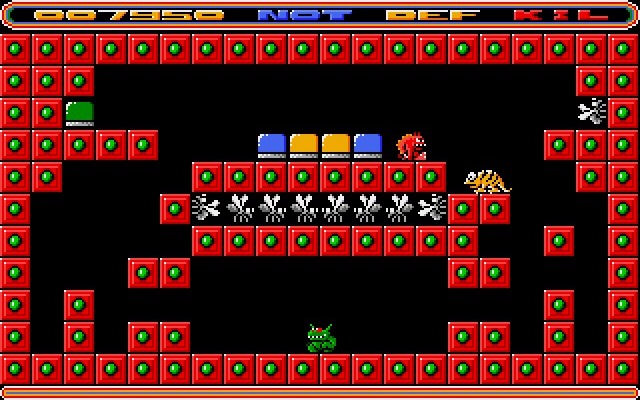 It's not until the later levels that you realise we can gain a few extra abilities to help us out. These are enabled by collecting coloured cards - which not only changes our appearance but also activates a new ability:

Red allows us to reach high places by inflating ourselves like a balloon!
Green is pretty cool because we can now use our tail as a weapon.
Blue gives us a long and sticky tongue which is great for moving objects.
Yellow turns us back to our default colour and we can also jump.


Trying to figure out how each room can be completed is very taxing on the old brain cells. This is the kind of game that will catch you out so many times with regards to planning a route and how best to use your special abilities. After all, any card can only be collected (and used) the once. This means that whenever you return back to default, you cannot switch to another colour unless there is a card to collect. Thankfully, there is no time limit!! 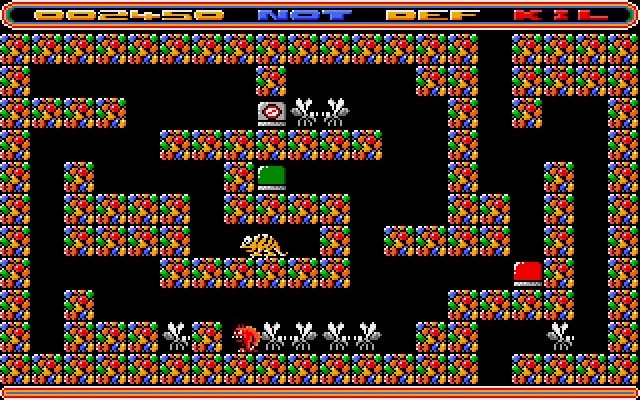 (top) is easy and so obvious but (lower) is the dreaded level 11 which has me stumped!! 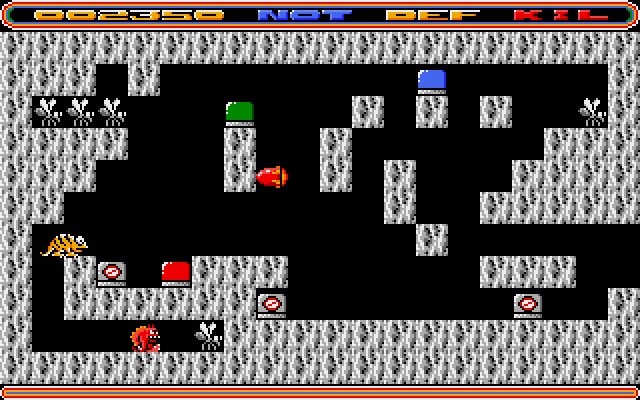 The joystick controls are dead simple to move Antonius with the fire button performing a leap (or a special ability). Pushing upwards will pause the game where you can also access the menu bar at the top of your screen which provides three choices: DEF means default and will turn Antonius back to his default colour of yellow. NOT will do nothing and return you to the game. KIL explodes our loveable chameleon if ever you need to restart.

Colour Clash has a password feature - so blow on a trumpet whilst dancing naked in the streets!! Yes, this is a fabulous addition and something that I wish more games had because it makes your progression far more achievable. No longer will you need to restart from scratch each and every time. Top marks from me!

Aesthetically, we have a basic appearance with little audio. Now, that may appear a little naff to some, but no game needs spanky visuals to be playable, especially a puzzler. However, having said that, and in true AnimalSoft tradition, the sprites and gorgeous - so cute and beautifully drawn. However, I do wish there was a background tune... 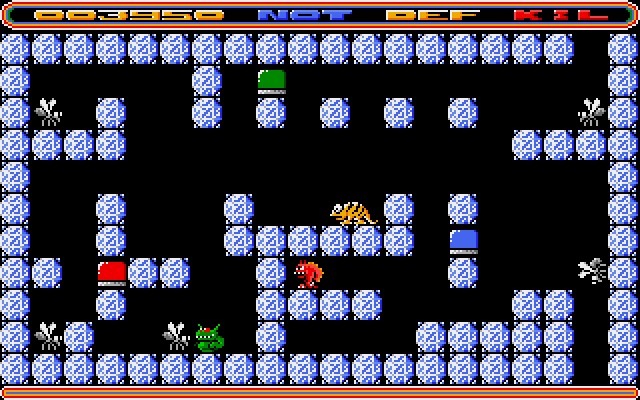 (top) is so frustratingly obvious, but (lower) is tricky and requires serious thought. 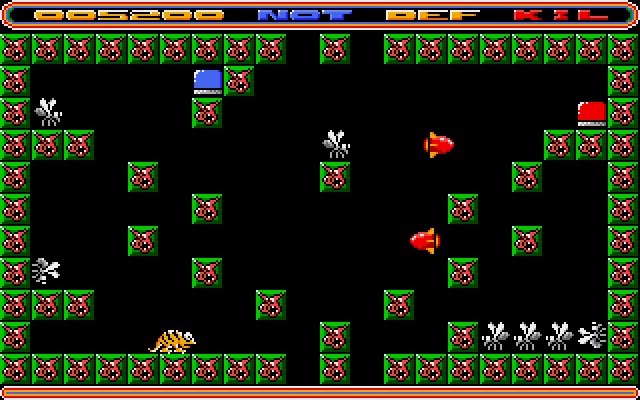 This is a cracking puzzler which I have enjoyed, even though it has had confused me a great number of times. As I write, I still cannot beat level 11 which has me completely stumped and is driving me nuts. However, this is a game that doesn't lose any of its appeal during these difficult moments. So each day I've found myself staring at my monitor - baffled but happy. Overall, I thoroughly recommended Color Clash, even if they spelt colour incorrectly :^)

I would like to shoutout a huge thank you to one of our kind Patreons who suggested that I should play something by AnimalSoft. Richard Davey, you were absolutely right about both AnimalSoft and this cunning puzzler!!

Level Codes - can you help??