A couple of years ago, I asked Mike (of The New Retro Show) to play some Atari ST games. An alternative selection that I knew would push this bloke to his limits - it was especially fun watching him endure Fire And Brimstone!!

Two years is long enough, so I challenged him for a third "Ironman" video which he agreed to! So I picked games from the PD/Shareware scene, four platformers and three conversions of arcade classics: Clod Hopper, Crapman, Frogger, Hector vs The Mutant Vampire Tomatoes From Hell, Hoog, Space Monsters and Winglord.

I would like to thank Mike for this fun challenge, which I have really enjoyed. Oh, and this video is actually an early-screening just for Atari ST gamers and it will not be made public until this Wednesday!! One more thing... Mike, I've got some cool (and cruel) ideas for a fourth challenge if you're interested? Go on, I dare ya!

Three belters: Winglord (Atari STe), Crapman and one of the latest games released for the ST, Frogger! 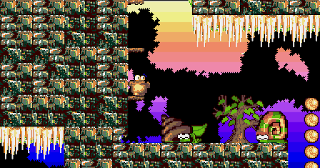 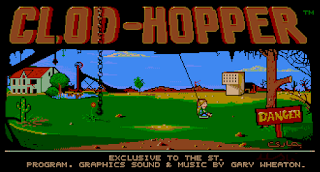 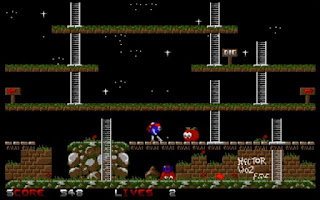 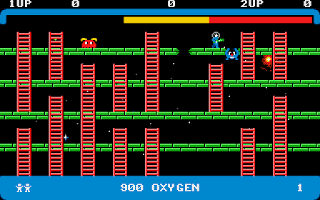 Hector... must be one of the best titles ever and who doesn't love a fantastic conversion of Panic?