Dave Munsie is literally a legend within the Atari ST world. It's as simple as that really. Anyhow, he has released some amazing games and a couple were even enhanced for much-loved Atari STe. Here we have Asteroidia which, as you've probably guessed by now, is a Munsie-take on the old Asteroids arcade game.

Which means it's hardly going to win an award for originality, but don't be put off because I've a sneaky suspicion this might be worth your time downloading and playing. Well, it's a Munsie game so that's a given!! Forget about blasting old vectors because we have been transported to a part of space where pixels roam. Not only that, but this is Blitter-space which scrolls at blistering speeds across your screen in all directions. 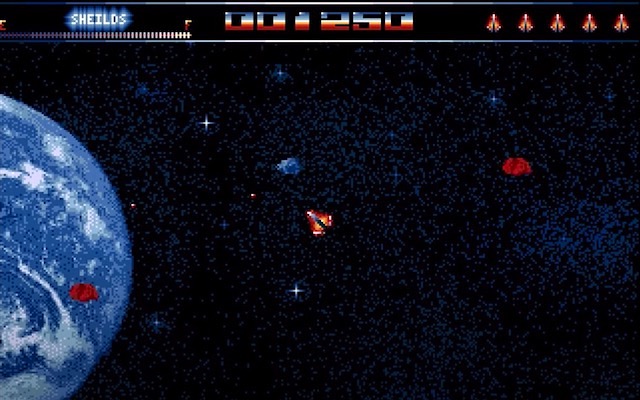 The planet is powered by the Blitter and whizzes by!

The gameplay is, as you would expect, predicably asteroids and trying to chase down those lumps of rocks is initially quite hard. It sure takes some getting used too because everything is so fast. Thankfully, the controls are a cinch to master so it won't be long before you realise how great this alternative conversion actually is.

Visually, this is a nice-looker but it's the speed of everything that will impress the most. To see planet Earth swooshing across your monitor certainly makes you realise just how under-utilised the Atari STe was by the commercial companies. Once again, Mr Munsie puts them to shame. Audio hasn't been forgotten and we get DMA support which plays a sampled tune. However, it's quite repetitive so I switched to chiptune/sound effects! 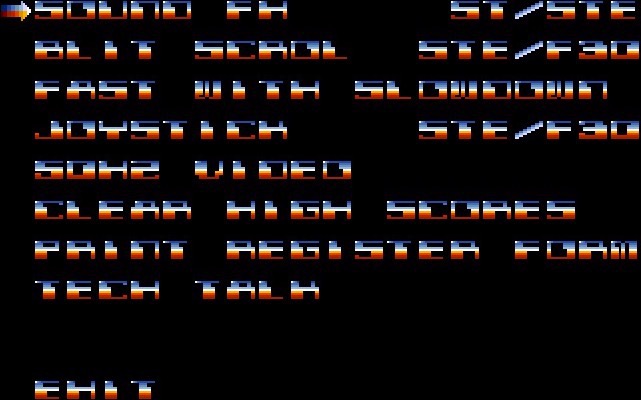 Overall, this is Asteroids but with impressive Blitted graphics zooming all over the place. The gameplay is addictive and rock-smashingly awesome so is probably one of the most entertaining versions of Asteroids there is? Fancy graphics or not, this is bucket loads of arcade fun so extremely recommended.

Download Asteroidia from AtariMania
Hey, can you beat my hi-score?

Email ThisBlogThis!Share to TwitterShare to FacebookShare to Pinterest
Labels: 1995, PD