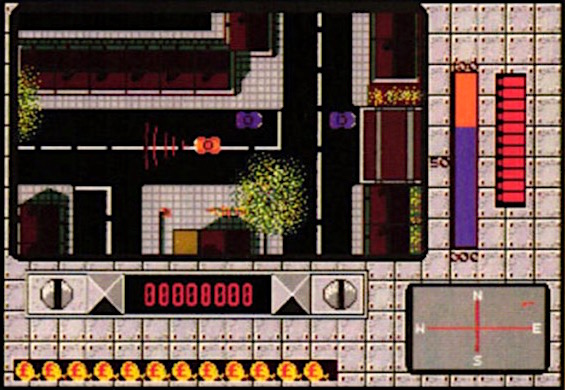 You know me, I love the Atari STe so I'm always on the hunt for games, demos and programs that make use of its enhanced hardware. Well, I was flicking through ST Format #58 and noticed a review of a game called Crime Wave, by Dillon Agoma from 1994. It appears quite similar to Super Cars and makes use of hardware scrolling! However, the reviewer didn't seem too pleased with the controls so perhaps it was a work in progress?

This is a tough one to research because its name is the same as a commercial US Gold game and no PD library stocked it as Crime Wave was available directly from the author. I've searched online but sadly found no downloads or information... But I have written and posted a letter so let's hope he is still living in the same house!

Update: I've managed to contact him and these are the updates to my Dillon chase...

June 2016: This is the date I originally posted the letter!
Feb 2017: Sadly, I never received a reply to my letter. (I later found out that he had moved!)
July 2017: I managed to contact Dillon online and he thinks his disks are still in storage :-)
Oct 2017: Nothing turned up there, but he now hopes that those disks are in his attic.
April 2019: I've sent Dillion another message but sadly I've heard nothing back. I hope he's okay but I'm now starting to think this piece of ST history is now lost forever. Perhaps I should give up? I am gutted :(

Email ThisBlogThis!Share to TwitterShare to FacebookShare to Pinterest
Labels: 1994, Unreleased