Once again, I've been plodding through my YouTube channel and found another old video, Hi-Tec's Hong Kong Phooey. This is a scrolling beat 'em up that begins with a cool intro based on the 70s cartoon I watched as a kid - this certainly brought a smile to my face!! After Spot releases the unappreciated janitor from the filing cabinet, we begin our adventure searching for Baron Von Bankjob who has just escaped from jail.

Watch out for the thugs wandering back and forth who want to stop us from capturing the villainous Baron. Thankfully, we are a kung fu expert and the joystick controls are easy. We can punch and kick our foe in different ways: pushing up (whilst walking) performs a killer Van Damme flying manoeuvre. To reach higher platforms requires a bigger jump and that means also hitting the fire button which is a little cumbersome. 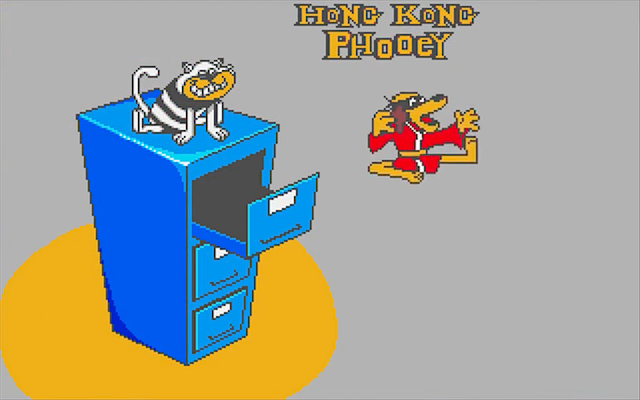 I love the title sequence. It's short 'n sweet but I feel like a kid watching it! 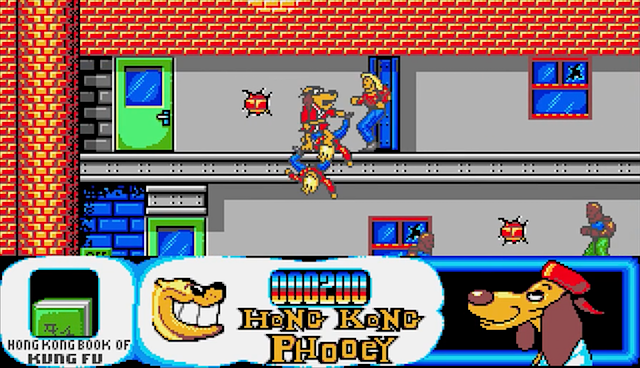 The graphics are pretty nice and cartoony with an oldskool style that might not appeal to many looking for that gorgeous 16-Bit sex appeal. I must say, the scrolling is smooth but it's at the expense of screen size which has been reduced by a largely pointless status panel. Gotta love the crude character sprites and their pathetic animations but the worst of all is when we float through the air during a jump. Totally ludicrous, but who cares?

I remembered making the video recording and also a lukewarm feeling I got afterwards. Basically, because I kept on getting lost so I probably should have had checked out the map first? Back then, I wasn't sure if the game captured the heart of the TV show and I'm pretty much feeling the same now. However, as a beat 'em up platformer in its own right, there is something neat about this pup which I enjoyed. I'm just not exactly sure what it is, yet!! 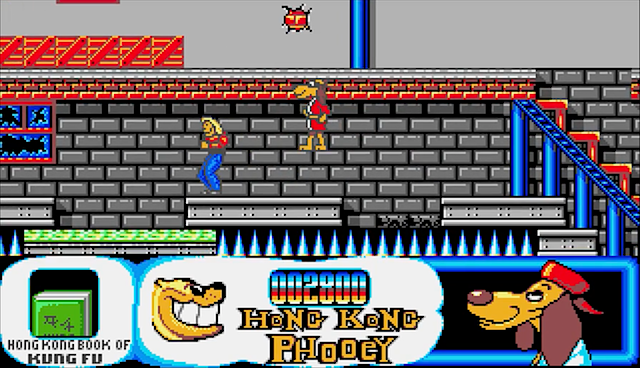 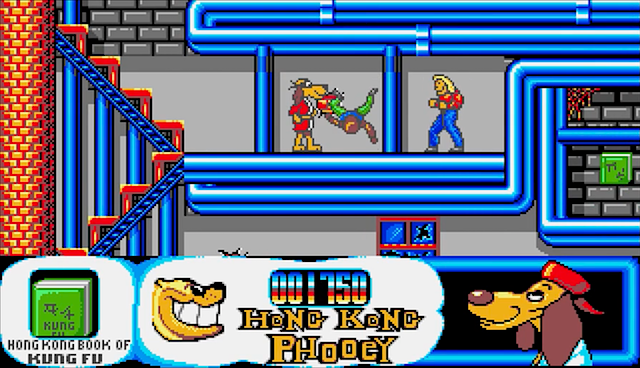 One gets kicked into the air and then Flash Gordon turns up!

Hong Kong Phooey brings nothing new to the table but the lame Chuck Norris kicks are crudely entertaining and exploring in a technicolour world is fun, though a little overbearing. If you have a cat called Spot and a cabinet to get changed in, then I suggest you try this rather good platformer. But there are better for the Atari ST...