5 Random Games For The Atari ST


I thought it might be a good idea to select a handful of random Atari ST games - something different from what I would normally choose. So I picked 5 games from the Dream Weavers menu disks catalogue. Everything is available on floppy disk from Stonish but I used the hard disk versions (thanks to 8BitChip).

This was a lot of fun and with a few shocks. Yep, I certainly had a blast playing four totally new games (and Golden Axe!!). The video recording shows my very first attempt at each game and I hope you enjoy watching it? 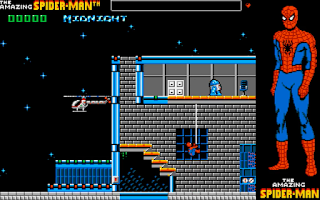 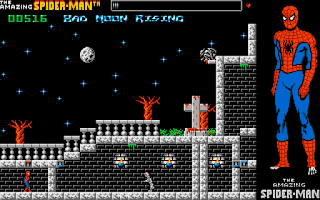 Okay, first up is The Amazing Spiderman by Empire Software. Now, I think that I remember playing this a few years ago but wasn't too impressed by the fiddly controls and lethargic pace? However, I must say that this "platformer" has genuinely shocked me because it's an incredible adventure which puts a different spin on the genre simply because we're Spidey. This means we have the expected superhero abilities along with being quite the sneaky saboteur - it's superb walking on the ceiling to creep by our enemies or punch switches with our webs.

There is also a fantastic 8-Bit vibe going on. Especially visually, which might not go down too well for those looking for a classy 16-Bit quality, but I think it's absolutely perfect. Overall, this is now literally one of my favourite Atari ST games and I cannot possibly explain just how much I've loved being Spiderman!! An absolute GEM. 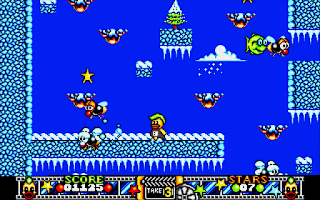 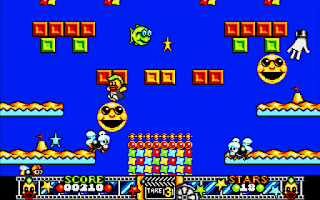 Next up is Edd The Duck which was aimed more for kids and isn't really something I would normally choose anyhow. It's basically a poor man's Rainbow Islands but it does a pretty good job trying to live up to that class act. Actually, this is a cracking game and a lot better than I had expected but I found the jump mechanic a little off and the difficulty a harder than it should be. Good, but it's probably a better idea just to load up Rainbow Islands? 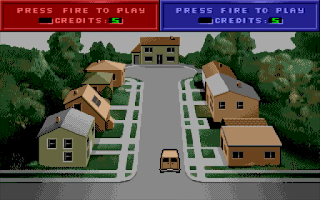 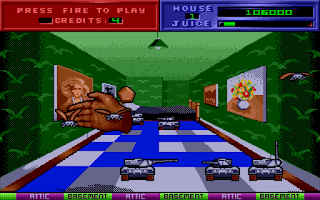 Audiogenic's Exterminator was developed by The Assembly Line and is something I've wanted to play for a while - because it reminded me of Trashman!! However, this is a pest control as an entire street is overrun with all types of critters: wasps, spiders and many other weird things. We won't be laying traps or leaving poison because we're quite literally a hands-on kinda guy. Yep, using a BIG hand, we crush, pound or shoot these critters which emerge from the darkest corners of each room to attack. It's kinda like a nightmarish mix of Klax and gets even sillier with support for two players. This is something pointless every Dad needs to experience with his kids - they'll love it.

A good bug-crunching game that excels in two-player mode and I'm shocked how much I enjoyed Exterminator. Finally, I must add that The Assembly Line did us proud by supporting the Atari STe with cool DMA sounds!! 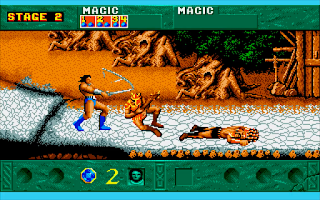 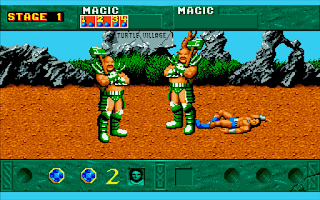 Golden Axe is a beat 'em up that needs no introduction from me. However, it's also one of those games I feel could have been a great chance to show off what the Atari STe was capable of. Sadly, there's no STe support and that was an opportunity lost [imho] but this is where my criticism ends. This game is awesome and a fantastic hack 'n' slasher which I love. I should make a proper feature on AtariCrypt for this amazing game and soon!! Play this :-) 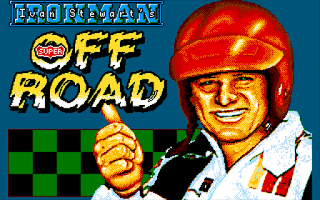 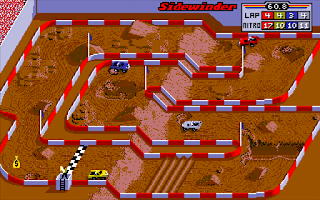 Virgin's Super Off-Road is another game I wouldn't normally have considered because it looks like a shameless Super Sprint ripoff. However, I am kicking myself because I took to this bumpy racer straight away and enjoyed tearing around its mucky tracks. It was odd being asked for my date of birth but the game itself has superb controls and the physics worked very well. What this lacks in originality it makes up for in great gameplay.

Email ThisBlogThis!Share to TwitterShare to FacebookShare to Pinterest
Labels: 1990