I remember playing this quirky platformer many years ago and I really enjoyed its alternative personality using some rather "odd" mechanics. Cud Lee (geddit?) was originally aimed at a younger audience with interesting child/tutor features but I also think there's something quite charming about this platformer that could appeal to all.

Interestingly, this was developed by Robert Dytmire who brought us the astounding Megapede, something I regret overlooking at first - it's stuffed full of oldskool entertainment!!


The aim is to fight our way through the hoards of baddies to rescue captured Pixies at the end of each level. It sounds easy but you better watch out for a range of enemies who are happily roaming through the screens. Its this mechanic which I adore because they are literally wandering the screens going about their business - whether you can see them or not. These suckers love to jump and many are really tough and can even fire weapons. 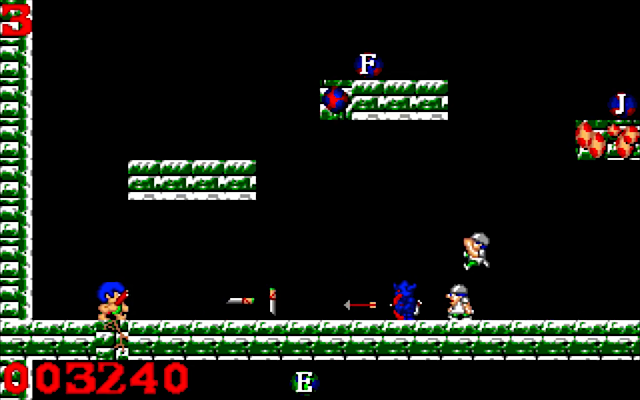 Gotta love the baddies and their freaky jumps but watch out for the little blue guy's arrows!! 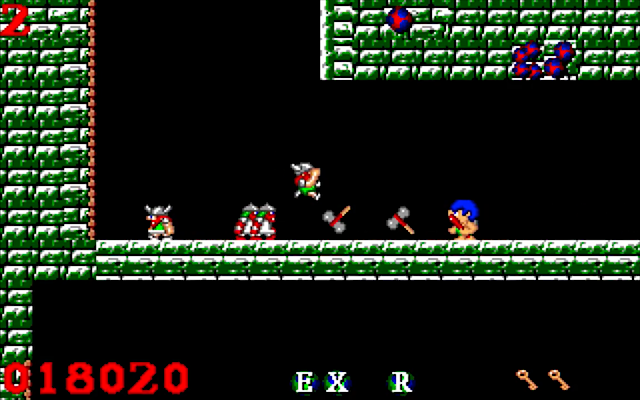 Weapons are great and can be powered-up to kill these hopping crazies with great efficiency!!

The joystick controls are the first thing that hits you because everything feels low-gravity with super-weird movements. Collecting power-ups is a good idea to increase speed, jumping abilities, weaponry and extra lives. Keys will unlock doors and some walls can be climbed like Zool because of "strange knobby things". Yep...

Cud Lee's Quest is crudely entertaining but one I'm unsure will appeal to everyone because it's hardly a conventional platformer. What I love is the freedom we're given and the speed at which to explore our strange world. Also, the ability to float (err jump) with such great efficiency through the screens - that is superb!! Genuinely, one of the silliest yet most compelling games I've played - so why not have yourself a daft hour? Enjoy it!!


We are limited only by our own joystick skills, so grab the disk image if you're tempted?

Email ThisBlogThis!Share to TwitterShare to FacebookShare to Pinterest
Labels: 1993, PD