Here is a game with few friends: Navy Seals is deceiving and, first impressions, are of an arcade-style platformer. However, this hidden Ocean gem is anything but a typical run and gun 'em all. It's far more ruthless and requires stealth, tactics and advanced route planning. Extreme personal perseverance is the order of the day!!

Taking down scumbag terrorists is all part of the job when you're a member of the fearless US Navy SEALS. Our missing requires us to sneak into the lion's den, kill everyone and plant explosives to destroy their stockpile of missiles. Visually, Navy Seals is a babe with gorgeous great retro graphics. I just love the beautiful character animation as you run, leap, climb and sneak about. Sound effects do their job very well and the music is a cool chiptune to bop along too. Aesthetically, all is nice but let's get to the nitty-gritty of why it's feared so? 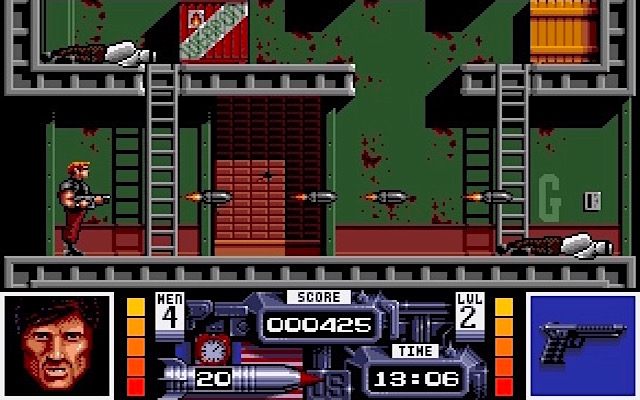 I love the layout of the first level. This is an absolutely fantastic retro gaming design!

Personally, I don't think it should be feared in the slightest but it will require a committed player willing to spend many hours mastering the levels. Each map is a layout of cunning platforms within a maze of trigger-happy bad guys. It's all about covert tactics, so play slowly and carefully to learn where the enemy is located. Many practice games will be required to plan the best route from start to end, this is vital and the only way to successfully complete your mission.

There are two drawbacks with Navy Seals. The first is the time limit which I think is too harsh (at least for me) but I also don't understand why Ocean didn't include a way to unlock each level. This doesn't make any sense!! 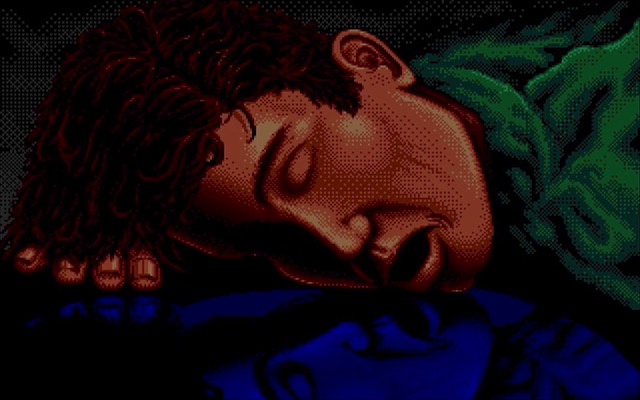 Don't expect to beat this game on your first attempt. Or second. Or third. It's rather hard!

Overall, this is such a difficult game but I also find myself enjoying it too. Each level requires the player to learn all aspects thoroughly, so don't expect a cakewalk! Navy Seals won't appeal to the casual gamer and requires lots of practice (i.e. death!) to figure out an efficient route before the timer expires. Rewarding but incredibly brutal.

- Hard drive installable versions are available from both D-Bug and 8bitchip.
- Floppy disk games can be found using Old Games Finder.
- Cheating time:
> Type in WOZZIE into the high score table to activate the cheat mode.
> Begin a new game. Press W for weapons or RETURN to advance onto the next level.
- Some tips:
> Dawdle when learning the maps - slow and steady wins the race.
> Play draft games and make notes of the most efficient route. Exhilarating is the word!!!
> Practice! Practice! Practice! Practice! :-)

Email ThisBlogThis!Share to TwitterShare to FacebookShare to Pinterest
Labels: 1990, Platformers